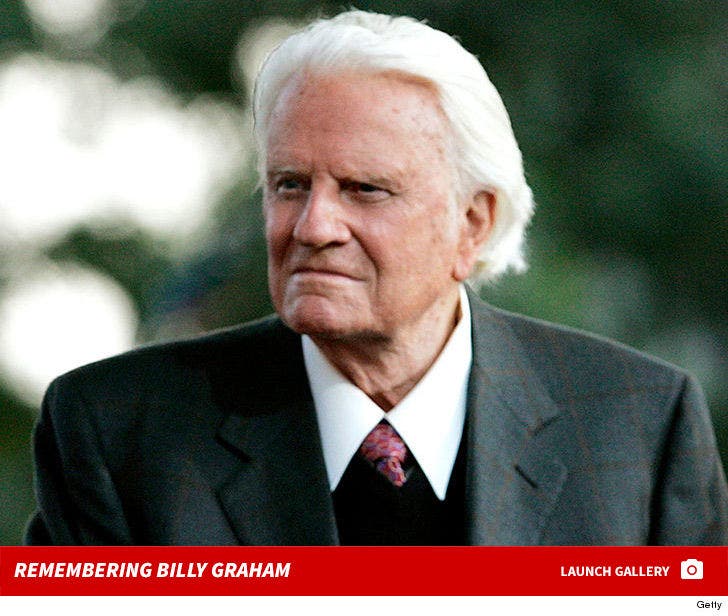 Billy Graham, perhaps the most famous evangelist in U.S. history, is dead.

Graham died at his home early Wednesday morning in North Carolina. He had been ill for more than a decade. His death was attributed to natural causes.

Graham got involved in evangelism at 16 and rose to fame in his 30s when he held "sin-smashing" revival meetings under a circus tent in an L.A. parking lot. He then created his own ministry -- the Billy Graham Evangelistic Association.

Graham was at one time a segregationist but, after the U.S. Supreme Court handed down Brown vs. Board of Education -- which ended segregation in public schools -- he flipped the switch and became a civil rights leader. He integrated seating at his revival meetings, and became a close ally of Rev. Martin Luther King, Jr. They preached together to millions who listened to their message.

He also refused to visit South Africa during the Apartheid era until the government allowed blacks and whites to sit together at his revival meetings.

Graham rubbed elbows with world dignitaries for decades, from Buckingham Palace to the White House. He was counsel to a number of presidents, from Harry S. Truman to Barack Obama.

And this is interesting ... Graham was a Democrat, but fiercely opposed the candidacy of John F. Kennedy because he thought no good would come from a Roman Catholic leading the country.

Graham was married for 64 years to Ruth McCue Bell, who died in 2007. They had 5 children.