Ron White saying "I do" in front of 300 guests, bragging about having a great wife and relishing a blissful life together in Bev Hills is proof he DID get married ... so says a family friend.

Florence Megginson filed a declaration that seems to bolster the claim of the comedian's estranged wife, Margo Rey. She says she was married to Ron, and is therefore able to divorce him. As we first reported, Ron claims they never got a marriage license, and never presented themselves as a married couple.

Florence begs to differ in docs, obtained by TMZ. She says she's been Ron's stylist for years and was at the Fairmont Hotel in Dallas in 2013 to witness Ron and Margo exchange vows.

Florence says she received a wedding invitation 3 months before the ceremony and designed Ron's wedding shirt. Florence also says she saw them "enjoying a wonderful life together in their beautiful home in Beverly Hills," and attended several dinner parties there, and Ron referred to Margo as "my wife."

As we reported ... Margo wants Ron to cough up spousal support. 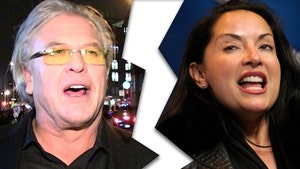 Ron White's Estranged Wife Says He Left Her For Broke 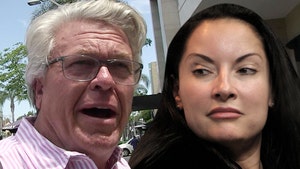