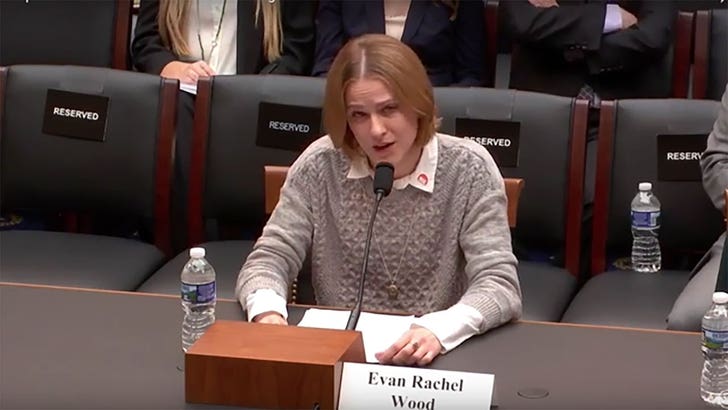 Evan Rachel Wood is pouring her heart out -- describing her struggles as a rape victim -- in order to get Congress on board with passing a bill of rights for survivors.

Evan Rachel spoke to the House Judiciary Committee, and made a very emotional speech about her life after being raped twice. While she applauded the #MeToo and Time's Up movements, she told committee members on Tuesday ... "Waves of memories and detail came flooding into my brain" when she heard victims' stories.

The actress says 7 years after her rapes, she was diagnosed with long term PTSD, and would often clutch a baseball bat when she went to bed.

She implored the U.S. Representatives to pass the sexual assault survivor's bill of rights in all states. It's currently only passed in 9 of them.