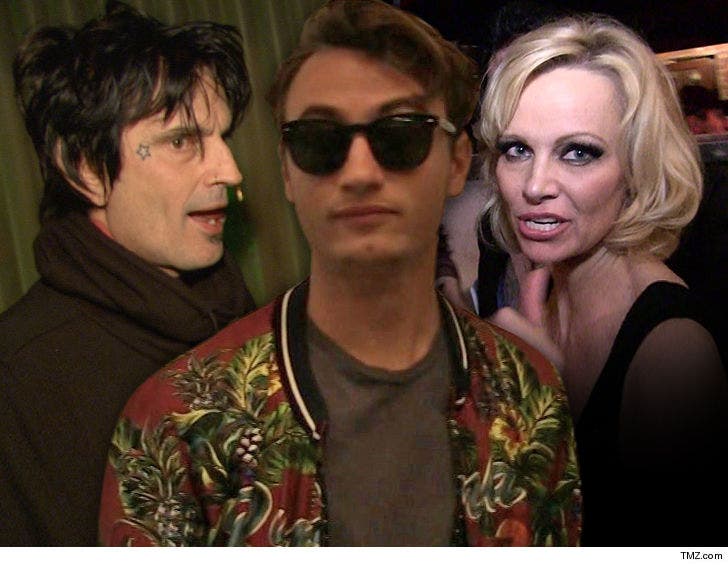 7:30 AM PT -- Police confirm with TMZ when they took the initial crime report they were told Brandon and Tommy Lee were arguing over a social media post. They say as of now Tommy has not backed down ... he's pressing charges against Brandon. The police report does not mention alcohol.

Tommy Lee's son, Brandon, is being investigated for criminal battery after his dad filed a police report, but we've learned Brandon is saying his dad lunged at him after he called Tommy out for attacking his mom, Pam Anderson.

Family sources tell TMZ, Brandon has been living part-time with Tommy Lee -- Brandon says because he's trying to help his dad overcome alcohol issues. The sources say Brandon and Tommy Lee got into a heated argument Monday night because of Tommy Lee's post attacking Pam for talking about their relationship with Piers Morgan.

Tommy tweeted, "Think she'd find something new to discuss instead of rehashing old s*** but I guess she has nothing else going on & needs attention. Signed, 'The Abuser' (who she texts everyday & asks for me back)."

The sources say Brandon claims Tommy was drunk and lunged at him and he punched his dad in self-defense. The sources add Brandon doesn't drink at all and wants to get his dad sober.

Tommy posted Tuesday night a different version, saying, "My fiance and I were in bed when my son busted into the room and assaulted me. I asked him to leave the house and he knocked me unconscious. He ran away from the police. THAT'S the truth." 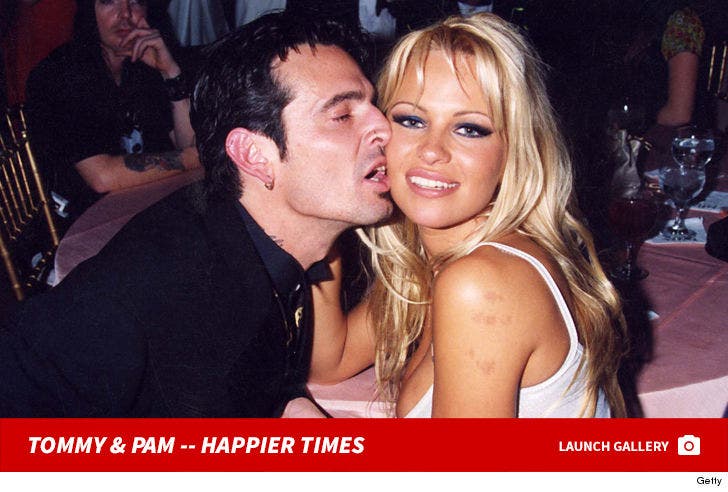 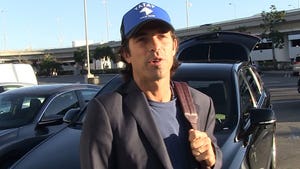 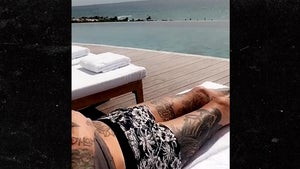