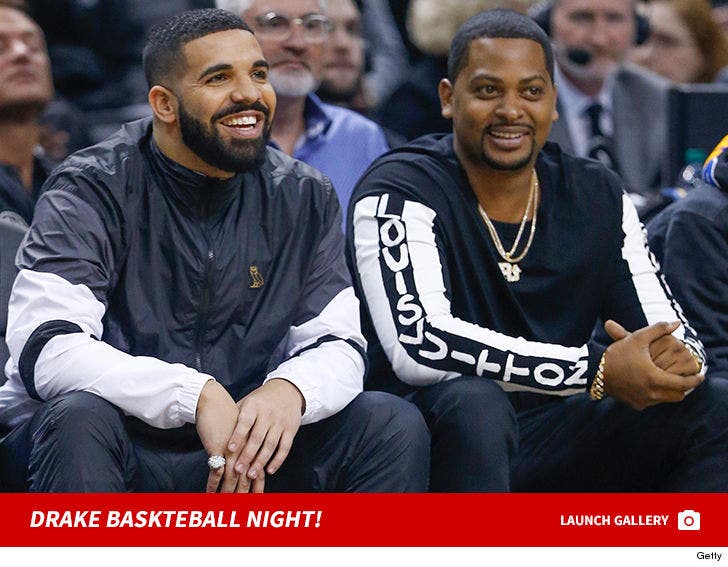 Drake was talkin' trash about the Houston Rockets Friday night during a game in Toronto, but after the Raptors snapped Houston's 17-game winning streak he became super gracious and invited his foes to chow down at his restaurant.

Before sharing a meal, the rapper was front at center for 'Drake Night' at the game, where there was a big giveaway for fans -- special shirts and what not.

“I’m working on this new album for the city… By the looks of it, this win streak is over.”

-@Drake addresses the @Raptors crowd on “Drake Night” vs. the Rockets. 🔥 pic.twitter.com/O2kEZmUkPY

After Toronto achieved victory by a score of 108 to 105, Drake invited Chris Paul, James Harden, Trevor Ariza, Clint Capela, Gerald Green and other members of the Rockets to have dinner at his new restaurant, Pick 6ix. The dinner was sponsored and hosted by D'USSE and CP3.

Interesting ... only one member of the Raptors was there ... DeMar DeRozan, the dude who made the game-winning shot. 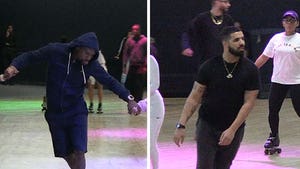 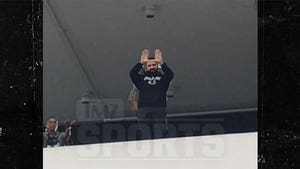