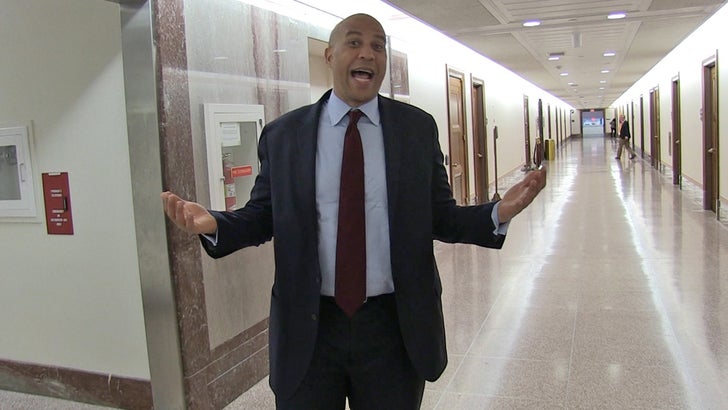 Senator Cory Booker thinks President Donald Trump and Joe Biden should take a cue from his own icy duel with Senator Jeff Flake ... and that, he thinks, could be a battle for the ages.

We got the New Jersey Dem on Capitol Hill Thursday and asked where his snowball fight with Flake ranks on the all-time list of political battles ... Hamilton vs. Burr, maybe 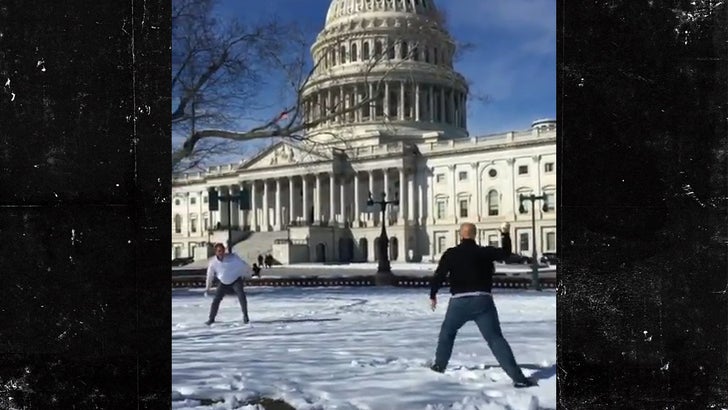 Booker tells us he's down for a rematch with the Arizona Senator, but only if the weather allows. If not ... he says they'll have to get creative.

As for the high school-style trash-talking between Trump and Biden -- Cory tells us the table's been set for them to settle their beef ... but they better go outside and make it happen quick. 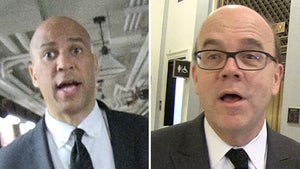