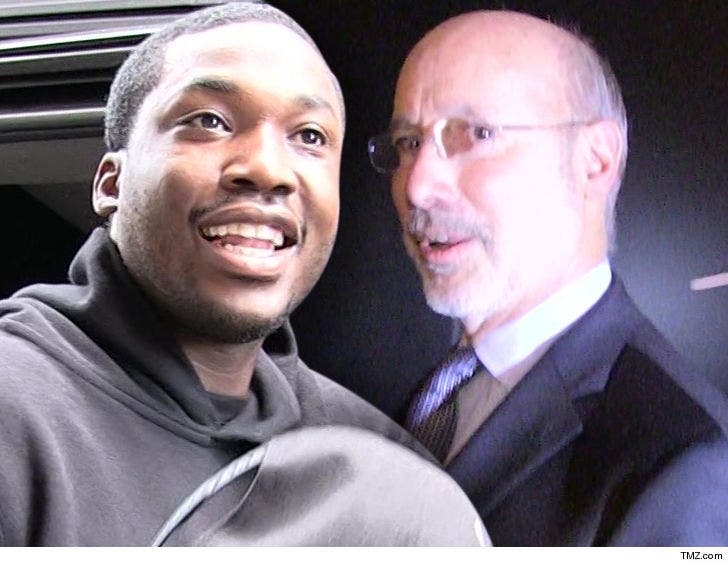 Meek Mill now has the Governor of Pennsylvania in his corner, adding a pretty powerful voice to the big push to get him out of prison ASAP -- but Meek's team is frustrated with the lack of progress.

Governor Tom Wolf says he's in full support of the Philly D.A.'s stance that Meek should be released on bail while a decision is made on several motions ... including whether Judge Genece Brinkley should be removed from the case, and whether Meek's 2-4 year prison sentence should be overturned.

I support D.A. Larry Krasner’s position in the case of Robert Williams (Meek Mill). Our criminal justice system is in need of repair. That’s why my admin has made efforts to invest in programs that divert individuals from the system, improve public safety, and promote fairness. https://t.co/f8s3JjGOuP

TMZ broke the story ... Meek's team filed docs demanding his release, citing the police corruption scandal involving his arresting officer. Prosecutors also filed docs saying they would NOT stand in the way of his release on bail.

Meek's attorney, Joe Tacopina, tells TMZ ... they're grateful for Gov. Wolf's support, and can't understand why Judge Brinkley has yet to rule on their motions.

Tacopina adds, "Never in my career have I ever seen a Governor and District Attorney publicly state that a defendant should be granted bail, yet Meek still remains wrongfully imprisoned.”