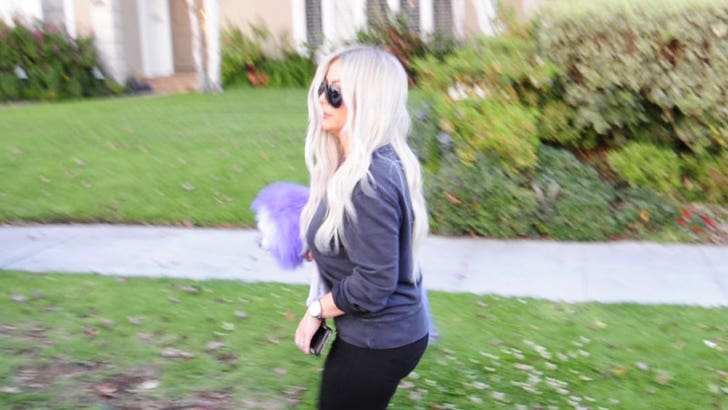 Aubrey O'Day is finally returning to going out in public -- on the heels of her alleged Donald Trump Jr. affair becoming huge news -- but she's definitely not pulling a Stormy Daniels. Yet.

The singer, and ex-"Celebrity Apprentice" contestant, was out in Bev Hills over the weekend, and -- as she must have expected -- got hit with questions about Trump Jr. and their alleged 2012 fling.

It's clear Aubrey's not ready to spill the tea, at least publicly. As we reported ... she's already told friends the affair happened, but it has nothing to do with his wife, Vanessa, filing for divorce.

BTW, her companion in this video is infamous for her butt. We're talking about Aubrey's Maltese pup, Ginger -- not her Kim K look-alike friend. 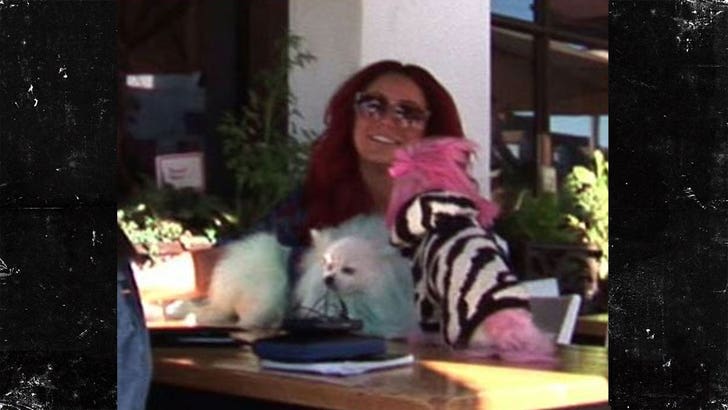 You might recall ... Aubrey, Ginger and her other pooch, Mary Ann got into hot water in 2012 when they -- the dogs, not Aubrey -- plopped their asses on a lunch table at Toast in WeHo.

It actually launched a Health Dept. investigation, but relative to her Trump situation ... the pooch scandal seems like small potatoes. 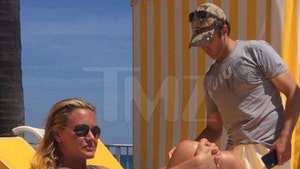