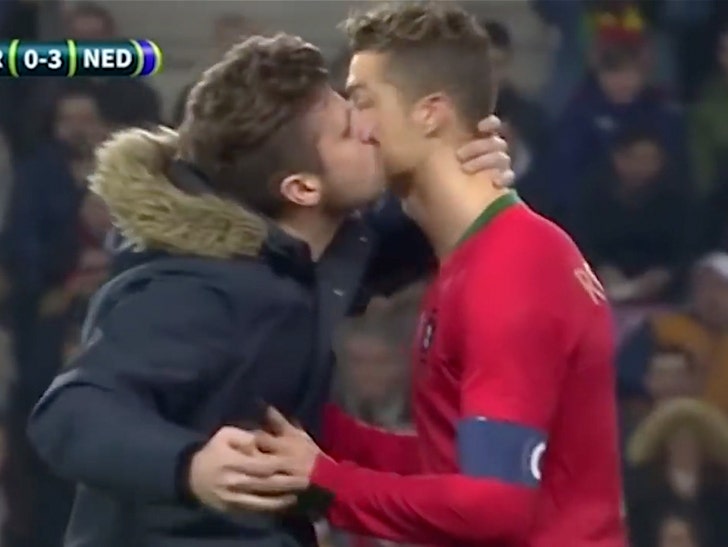 Cristiano Ronaldo just got planted with a wet one by a man who stormed the field during his soccer match.

He didn't seem to enjoy it very much, but the fan loved it ... and stuck around for some selfies!!

It all went down in Geneva, Switzerland ... where Ronaldo's Portugal squad was taking on the Netherlands in an exhibition game.

CR7 was already pretty pissed off about being down 3-0 ... and all he could do was shake his head after a random bro snuck onto the field and landed a peck on his cheek.

Coulda been worse -- the guy was going straight for the kisser before Ronaldo juked him out.

Cristiano's got love for his fans, too -- another dude who rushed him got a hug!! 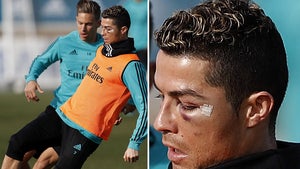 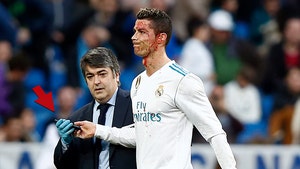