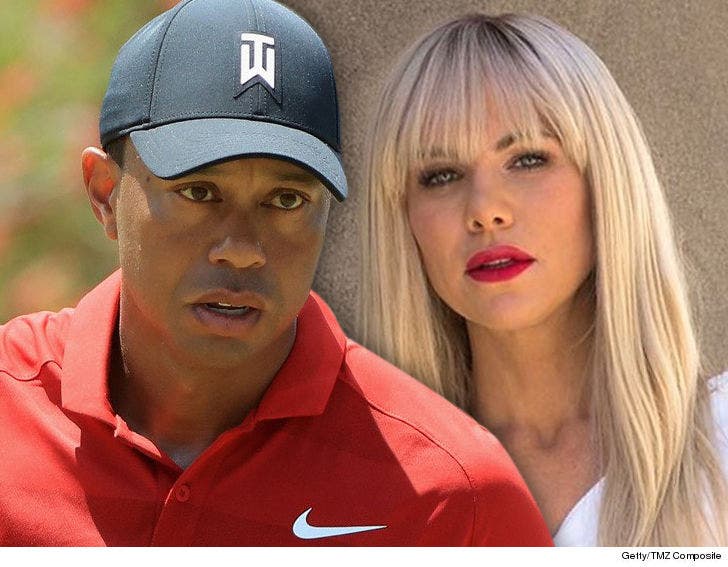 Tiger Woods got his ex-girlfriend Kristin Smith to sign a non-disclosure agreement to make sure she kept her mouth shut about their nuclear breakup ... but she wants out of their deal -- and now they're locked in a nasty legal war.

TMZ Sports has learned ... Woods and Smith (who dated from 2015 to 2017) are currently in arbitration -- and sources familiar with the situation tell us it's all over a non-disclosure agreement.

We're told Smith believes Woods cheated on her in 2017 and that's what ended their relationship. To save himself from another embarrassing sex-fueled PR nightmare, we're told Woods offered Smith money to sign an NDA, but it's unclear if she ever accepted it.

But now, something's changed ... and Smith is trying to invalidate the NDA claiming it's not enforceable.

Our sources say Smith claims Woods has threatened to release embarrassing pictures of her if she doesn't honor the NDA -- and the situation has escalated enough to get lawyers involved.

Of course, Woods' history of cheating is no secret -- with his ex-wife, Elin Nordegren, divorcing the golfer after it came out he was nailing all sorts of women behind her back.

We reached out to Woods for comment -- so far, no word back.