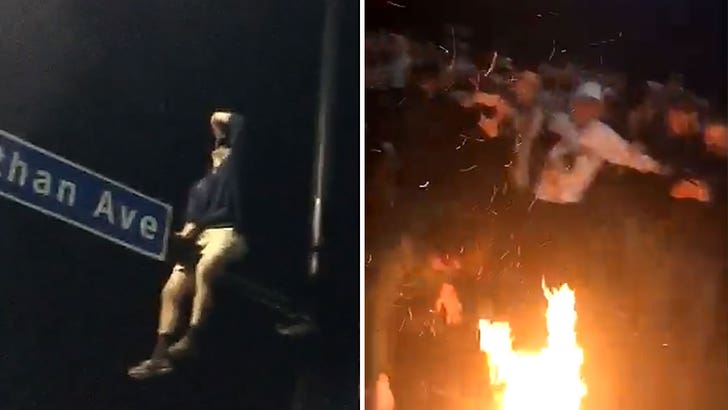 Donte DiVincenzo wasn't the only thing on fire last night ... the students at Villanova blazed up several bonfires near campus Monday night after the Wildcats beat Michigan.

Thousands of Nova fans flooded the streets to celebrate. Others set off fireworks.

Some climbed light poles -- despite the fact the Radnor Township Police Dept. had said they would be greasing the poles as a deterrent.

Still, the police were out in force and so far it doesn't appear there were riots or any kind of student vs. police fighting. We're calling cops to confirm.

Most of the celebration consisted of dancing and yelling and drinking ... and one of the guys on the light pole appeared to be chuggin' a beer. 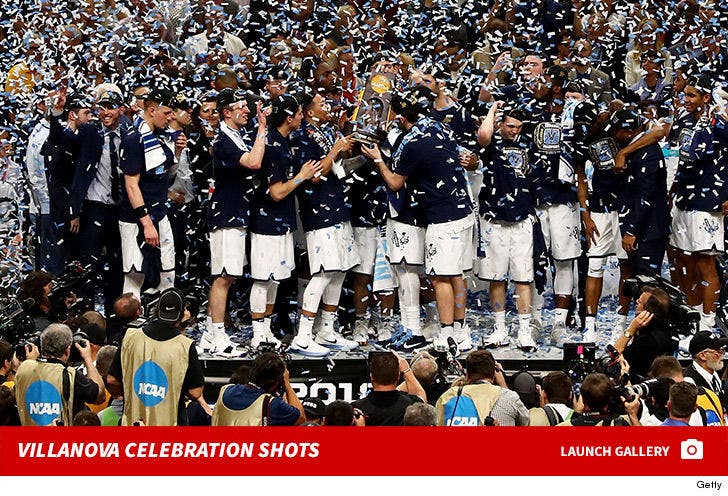 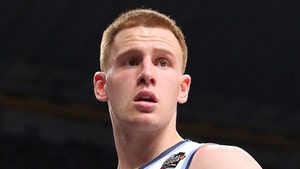 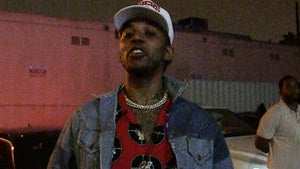 Nick Young, 'I Don't Give a F**k' About March Madness