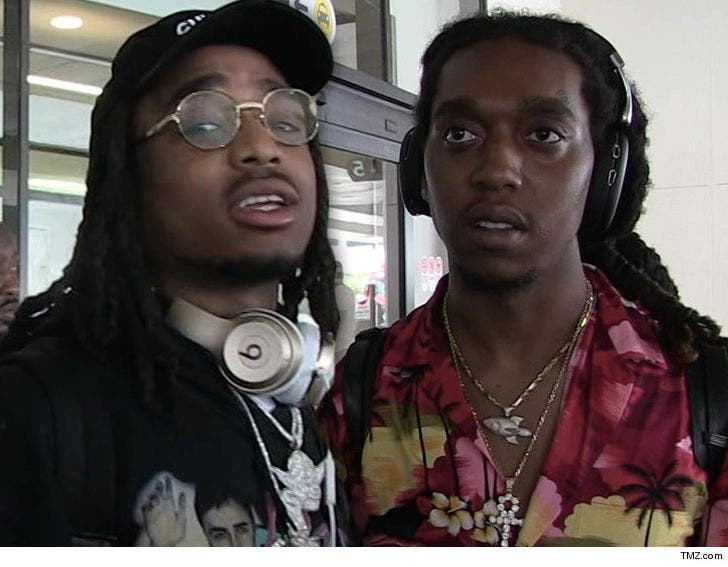 Close, but no marijuana cigar -- cops pulled over Migos' tour bus in North Carolina, but the group members were NOT arrested ... instead 3 entourage members were nailed.

Police pulled over the bus Thursday night as it was leaving the Migos show in Boone, NC ... because concert security reported the smell of pot coming from the vehicle. No, duh.

Officers searched the bus and arrested one person, for felony possession of marijuana and misdemeanor possession of codeine. Two others were cited for marijuana, codeine and Xanax.

Total haul from the bust -- 26 ounces of codeine and Xanax, and just under a pound of weed. Looks like the codeine was in cough syrup, and marijuana was in cookie form ... as well as the more traditional giant sack.

Quavo and Takeoff went on their merry way after the stop. For some reason, Offset was not at the performance. 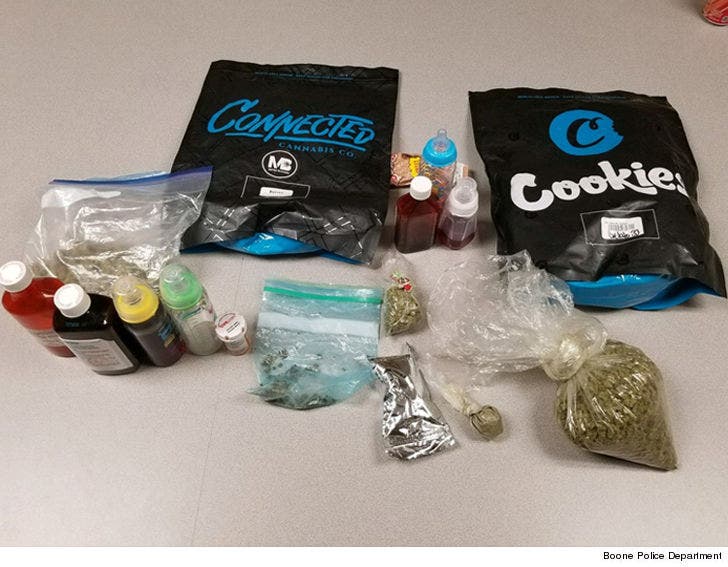 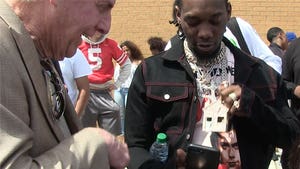 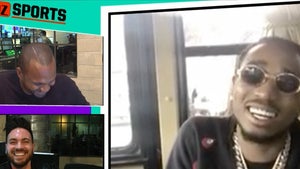