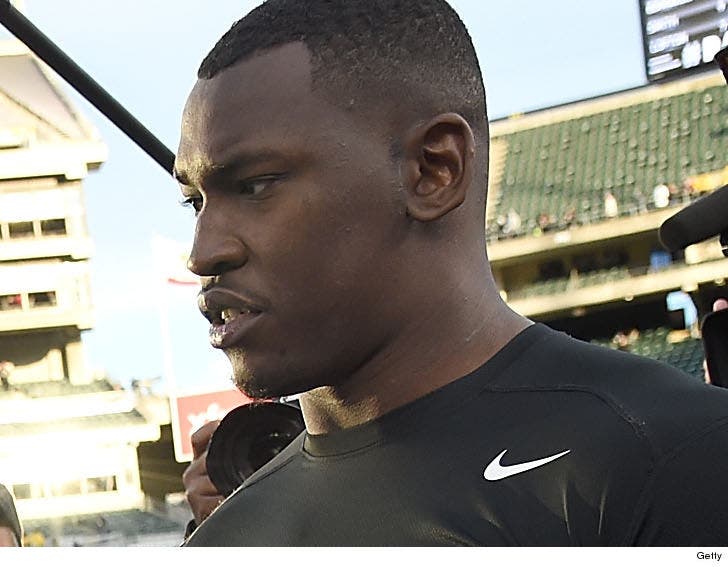 Aldon Smith was arrested, again ... and is behind bars after cops in San Francisco say the ex-NFL star violated a condition of his bail ... TMZ Sports has learned.

Smith was booked into the San Francisco County Jail around 5 PM Friday night. He is still in custody. Jail records indicate his bond is $500K.

FYI -- the former Raiders star was in court on Thursday after allegedly violating a protective order put in place following his arrest for domestic violence. The judge ordered Smith to wear a GPS and SCRAM device -- which measures alcohol in your sweat.

According to officials at the San Francisco Sheriff's Department, Smith allegedly violated a condition of his electronic monitoring ... and that's why he was arrested.

Smith's fiance Shawna McKnight issued the following statement to us ... "Unfortunately through these circumstances Aldon and I are no longer together."

"Although it's with a heavy heart I truly wish him the best and pray he gets the help he needs. I will always have love for him but at this point I'm simply the victim in this ongoing case."

Smith is due back in court April 11th.