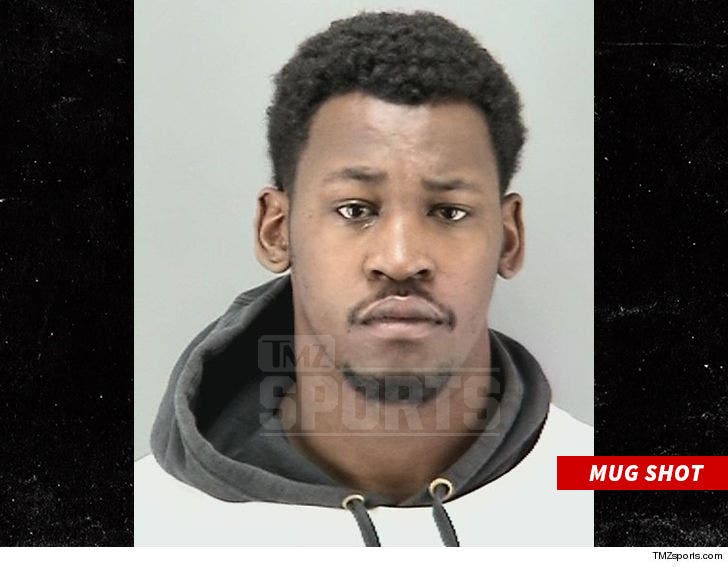 Aldon Smith has been taken into custody in connection to his domestic violence case ... TMZ Sports has learned.

We've confirmed the ex-Oakland Raiders player surrendered himself to police Tuesday and is currently being held at San Francisco County Jail. Bail has been set at $30K.

As we previously reported, officials had issued a warrant for Smith's arrest for domestic violence, assault with force likely to produce great bodily injury, false imprisonment and vandalism.

Smith allegedly attacked his fiancee during an altercation at a residence on Saturday night.

He later contacted the victim's father who helped Smith check in to a rehab facility where he was treated for alcohol abuse.

Smith -- who's currently suspended by the NFL stemming from a DUI arrest -- was cut by the Raiders on Monday after they learned about the domestic violence incident.