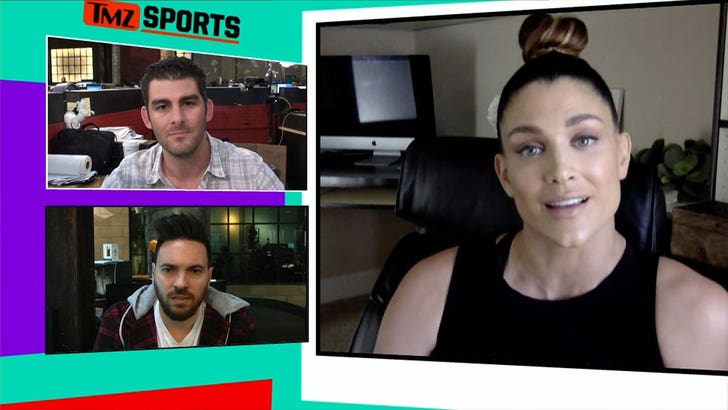 Ronda Rousey shut up all her haters in a BIG way at WrestleMania 34 -- so says one of the top women's wrestlers of the past decade.

Eve Torres Gracie -- a 3-time WWE Divas champ -- says winning over pro wrestling fans is the hardest part of the business. But when the spotlight was on, Rowdy delivered -- layin' the smackdown on Stephanie McMahon and Triple H in what many are calling the night's #1 match!

"She killed it ... she blew everyone away," Eve told the guys on the TMZ Sports TV show (airs weeknights on FS1) ... "Legendary performance."

Fun fact: Eve's been friends with Ronda for years -- Torres' husband, Rener Gracie, coached Rousey up in jiu-jitsu -- and knowing her as well as she does, told us why all the question marks only fueled her epic debut.