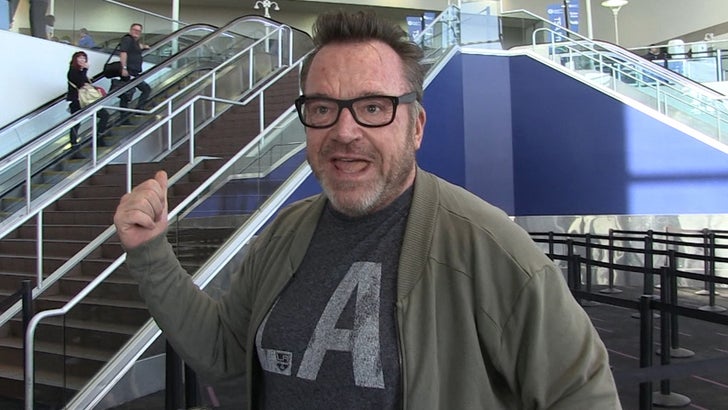 Tom Arnold can't fathom how Roseanne still has a job ... but he says the least ABC can do is apologize for her insanity.

We got Tom at LAX on Sunday and asked him about his ex-wife, Roseanne, whose show reboot has brought her new glory, but also scrutiny given she's a Donald Trump supporter. Plus ... she's also under fire for spreading conspiracy theories on Twitter ... like when she tweeted and then deleted David Hogg gave a Nazi salute at the March for Our Lives rally.

Roseanne also posed as Hitler back in 2009 for a Germany issue of the satirical Jewish magazine, "Heeb." Tom struggles to understand how Roseanne reached this level of nonsense.