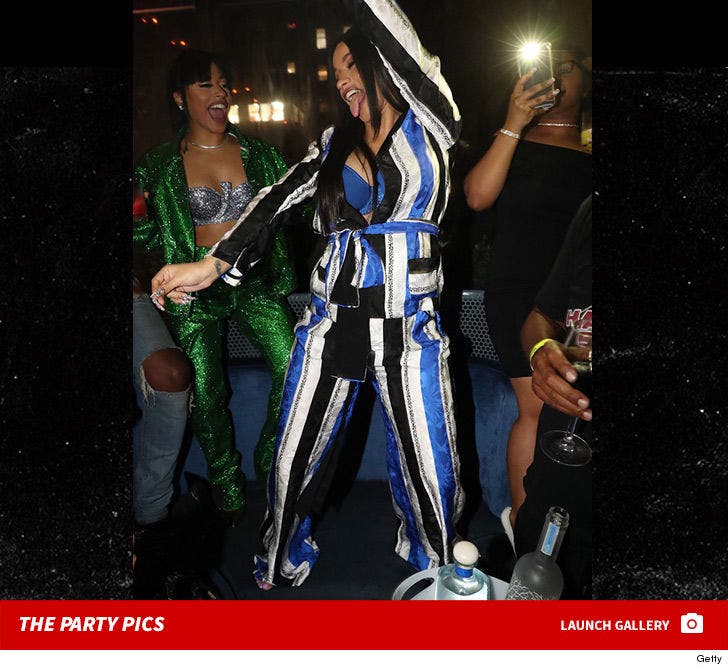 Cardi B is striking gold with her debut album, "Invasion of Privacy," and from the looks of it, nothing can stop her from celebrating ... not even being pregnant.

Cardi danced on couches with her sister, Hennessy Carolina, and Janelle Monae Tuesday night at NYC's Moxy Hotel. Ne-Yo, Yo Gotti and Cardi's dad was also there -- rocking a blue suit to match his daughter's. Noticeably missing was her bf and baby daddy, Offset.

Cardi's debut album shot to the top of the charts and immediately went gold .. mostly based on the enormous success of her single, "Bodak Yellow." Not that she seems the least bit concerned with sales, stats or anything else right now ... just partyin'. 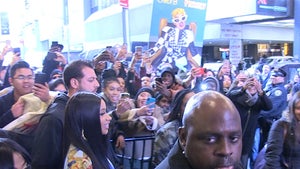 Cardi B Mobbed by Fans Outside MTV 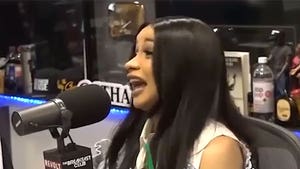 Cardi B Family Party All The Time Photo Galleries Music