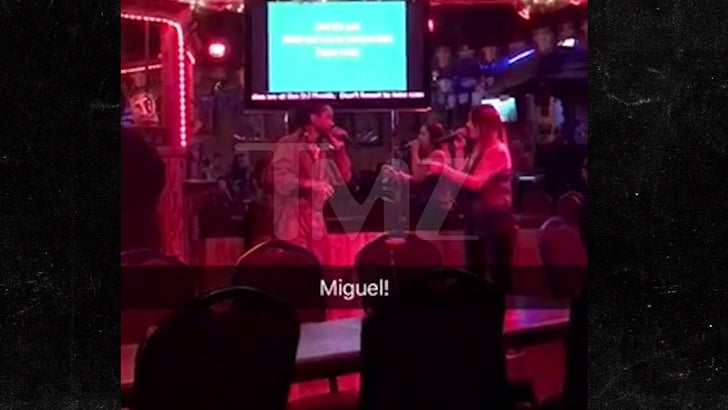 Miguel must've been shocked to hear one of his songs belted out at a country bar -- but not too shocked to join the woman singing it for a surprise duet.

The awesome encounter went down in the wee hours of Monday morning at Neil's Lounge in Indio, CA ... just a few miles from Coachella. We're told Miguel and his entourage showed up around 1:30 AM and not long after a woman grabbed the mic and busted out to his 2010 hit single, "Sure Thing."

Keep in mind, the Grammy winner had just finished performing at Coachella a few hours earlier. Still, he was moved enough by the fan to sing some more. Much smaller stage this time.

Question is, who does karaoke better -- Miguel, Ne-Yo or the Biebs? 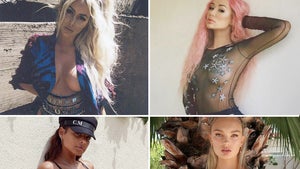 Coachella Celebrity Posers Out in Force 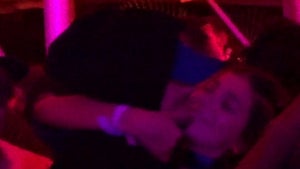