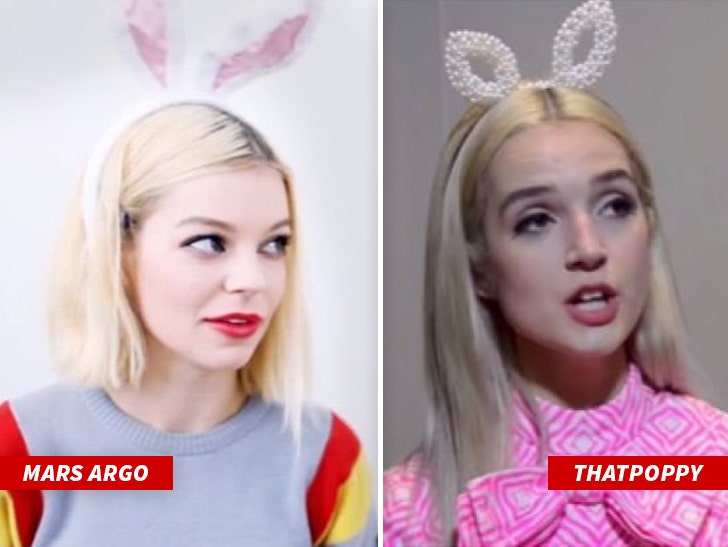 A YouTube star who goes by the name ThatPoppy is accused of stealing the identity of fellow YouTuber Mars Argo, and Mars says her ex-bf, Titanic Sinclair, is behind the dastardly deed.

Mars claims in a new lawsuit she and Titanic were an item for 5 years, but that all changed after Titanic became violent and even suicidal in 2014 when she says they broke up.

But, love is a fleeting thing that often turns bad after breakups, and Mars says that's exactly what happened. She claims Titanic hitched his wagon to ThatPoppy, who starred in Comedy Central's "Internet Famous with Poppy."

Mars says Titanic and ThatPoppy completely mimic her songs. Even worse, she says ThatPoppy started looking creepily like her ... rabbit ears and all. 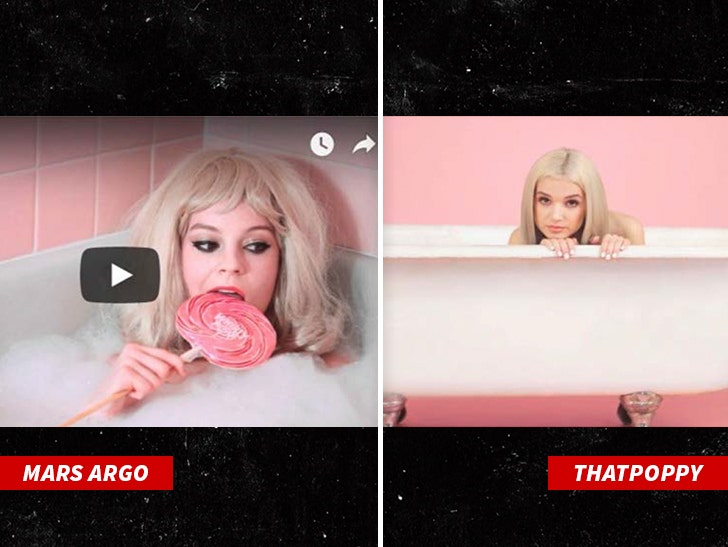 Mars' lawyer, Matthew Umhofer, tells TMZ, "Both Mr. Mixter [Titanic] and Poppy are frauds. Their only artistry is con artistry: Their only original creation is the suffering they've caused my client." 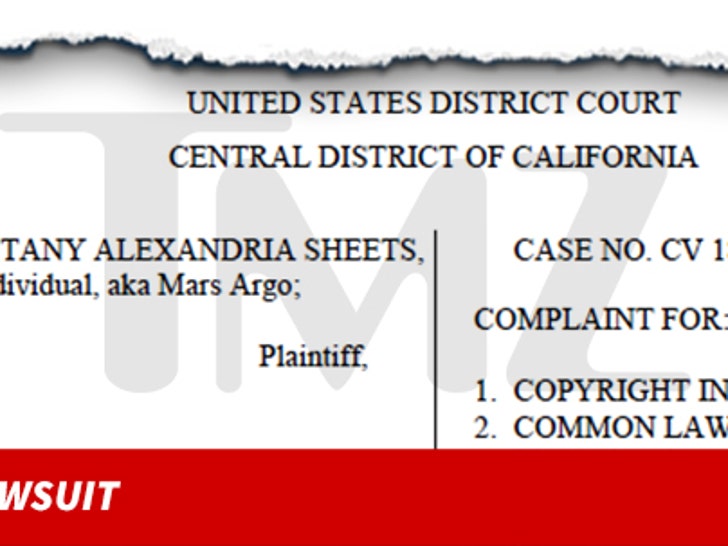 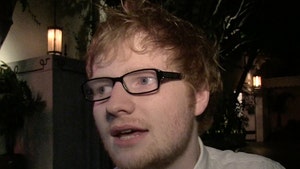