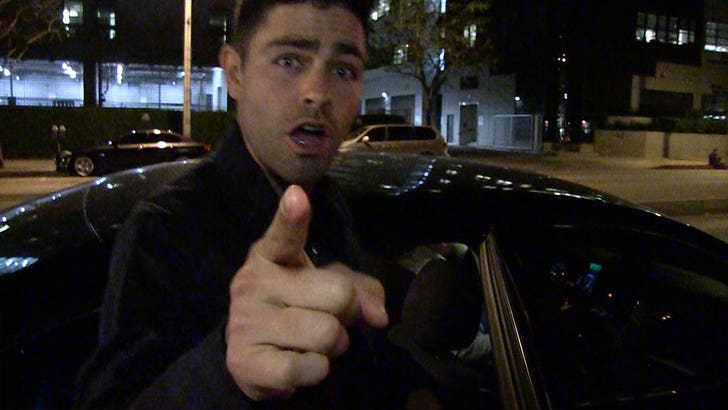 Adrian Grenier is pissed at Starbucks, but it's not for the reason you might immediately think.

We got the "Entourage" star Wednesday night leaving the "Party with a Purpose" event at The Peppermint Club in WeHo, where we asked about his environmental initiative, #StopSucking, in which he's asking the mermaid coffee chain to drop their single-use plastic straws since they flood the ocean.

Help me ask @Starbucks to #StopSucking! Big business with its reach, wealth & influence needs to make hard commitments to keeping plastic out of our ocean. I’m asking #Starbucks at their shareholders mtg to phase-out plastic straws & recommit to their failed sustainability goals. pic.twitter.com/tmRFvykJu4

Considering Adrian recently pitched his effort at a Starbucks shareholders meeting, you know he means business with this straw thing. Oddly enough ... he failed to address the recent controversy over a couple black guys being arrested at a Starbucks in Philly.

Either way, check out his lobbying effort with our photog ... it's much less PC than any of his social media posts.