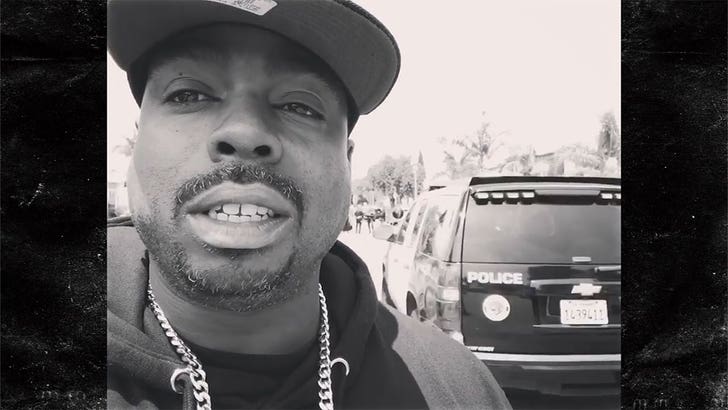 Daz Dillinger's call for the Crips to beat down Kanye West got him stopped by cops Tuesday in Los Angeles ... but he says he's not backing down.

Tha Dogg Pound rapper was walking past a slew of police cruisers, and said officers wanted to ask him about "this Kanye West s**t." Daz says, luckily he didn't have anything on him, but he seems to think this is just the start of the hassling he's gonna get from law enforcement.

In the video, he wonders out loud if Kris Jenner called the cops on him.

As we reported, Daz issued a green light Monday for all Crips to "f**k up Kanye" on sight.

Kanye told us during his Tuesday appearance on "TMZ Live" ... he's not worried about the threat.