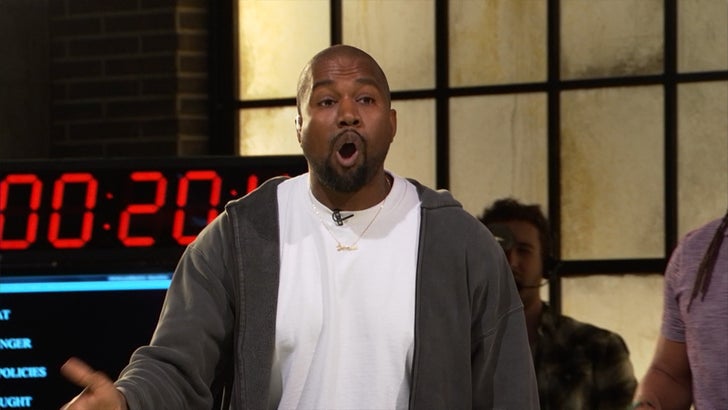 Kanye West had liposuction and started popping painkillers ... all leading up to the 2016 breakdown that landed him in a hospital for more than a week.

Kanye revealed his battle with opioids during his appearance Tuesday on "TMZ Live" ... as he talked about going to visit then President-elect Trump in December of 2016. He says, "I was drugged the f**k out, bro!"

He went on to explain he was addicted to opioids that doctors had prescribed after he had lipo. Kanye says he started taking more pills during the Pablo tour. You'll recall, the tour was cut short in November 2016 due to his hospitalization.

Kanye's got major beef with the amount of meds he was prescribed, and thinks America in general is drugged out.

As for why he had lipo? It couldn't have been an easy decision -- considering the tragic circumstances of his mother's death -- but Kanye says he didn't want to look "fat." He says that concern traces back to the way he feels the media treated his brother-in-law, Rob Kardashian.

You can see the full Kanye interview on Tuesday's "TMZ Live."