Kanye West not only got people talking with his tweets, he got them screaming so loud the monsters ate them.

'SNL' did a hilarious spoof on "A Quiet Place," where Donald Glover and cast members were in a jungle, trying to stay all hush hush so the monsters couldn't hear them. But when Glover started reading Kanye's tweets about supporting Donald Trump, it proved way too much for silence.

The mere mention of Chrissy Teigen and her awesome recipes was killer, too.

And then there's "Lift Yourself" ... who can stay tight lipped when you heard "poopity scoop"?

Of course, Kanye's "TMZ Live" appearance was showcased with his back to the cam and all ... all and all it was a monster of a skit. 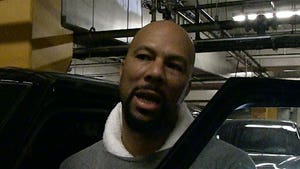