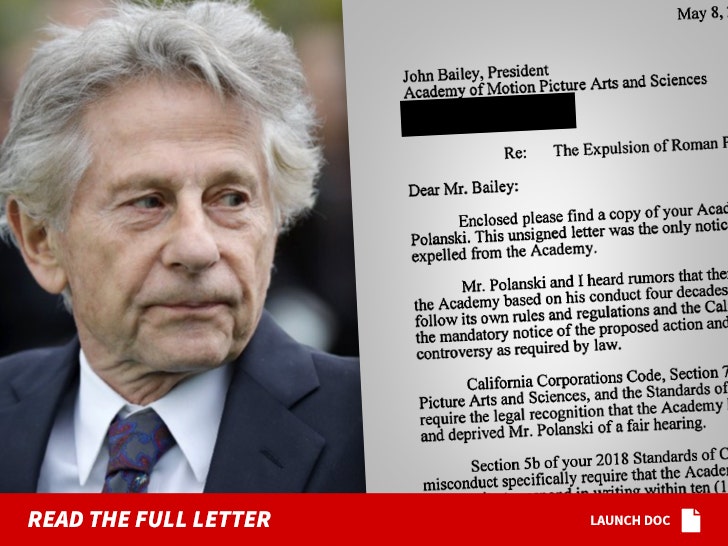 Roman Polanski got a heavy dose of injustice when The Academy blatantly disregarded its own rules to give him the boot ... so says his attorney.

Harland W. Braun fired off a

to The Academy -- obtained by TMZ -- outlining why The Academy wronged the director by expelling him, along with disgraced comedian Bill Cosby, without letting him present his case.

As we reported ... the The Academy of Motion Picture Arts and Sciences Board of Governors voted to expel him a week after Cosby was found guilty of sexual assault and is facing up to 30 years in prison. 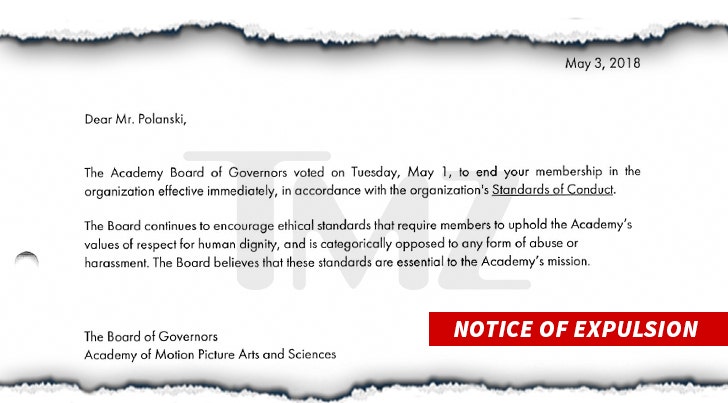 Braun doesn't take issue with the expulsion itself, but rather The Academy going around its own bylaws for how a member can be booted. Bottom line ... Polanski never got his due process.

Polansky, of course, remains a fugitive from justice in Europe for raping a 13-year-old girl 40 years ago in the U.S.