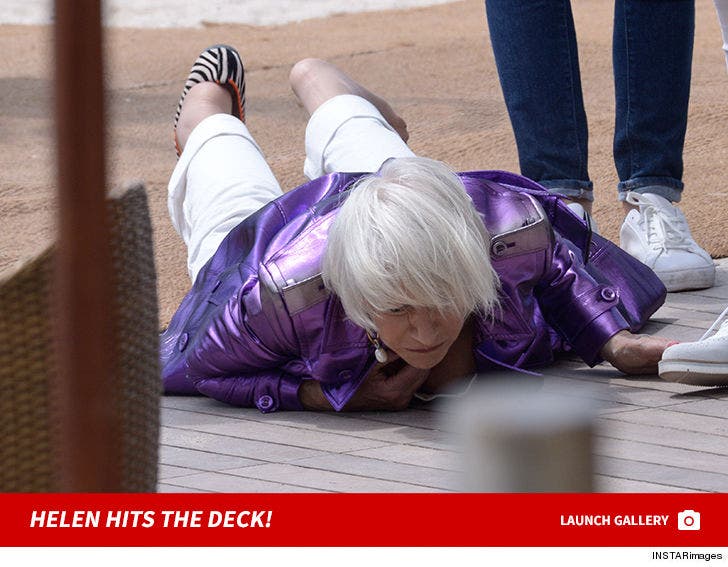 Helen Mirren went tumbling down after leaving an interview at the Cannes Film Festival ... but fortunately the dame is a-okay.

The 72-year-old actress went down Saturday morning after being interviewed on Martinez Beach during the 71st annual film fest ... but was quickly helped to her feet and handed her shoe, and appeared to be relatively unharmed.

She told reporters afterward she sprained her wrist but is doing fine, and the good news is ... she still looked as elegant and fancy as ever in her royal purple coat. 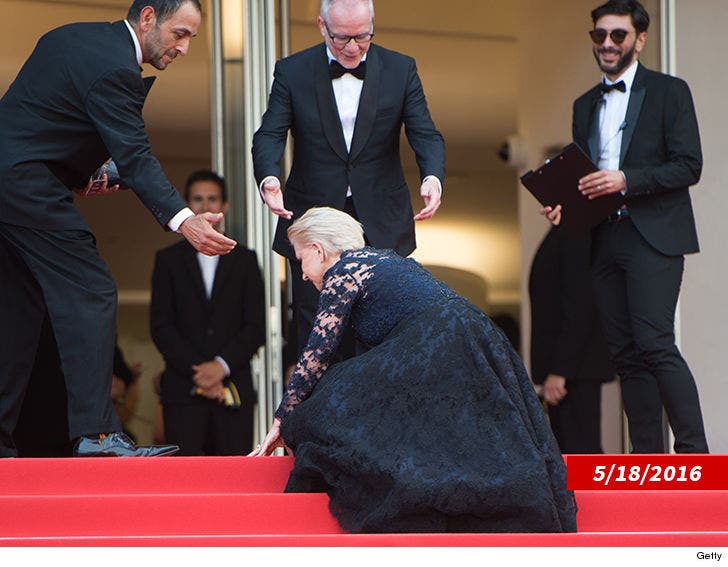 The isn't the first fall for Helen at Cannes -- she tripped going up the stairs at a movie premiere in 2016 -- but hopefully it's her last. 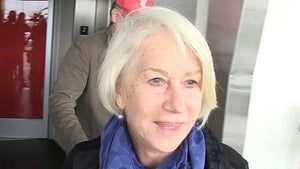 Helen Mirren Agrees UK is Mad at U.S. but Dodges Question Herself (VIDEO) 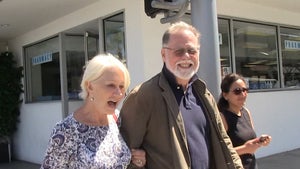