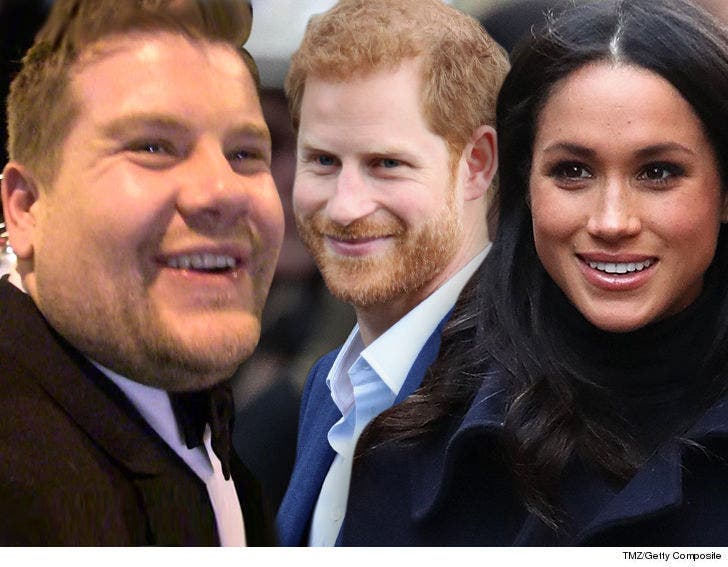 At least one late-night TV talk show host will have insider access at the upcoming Royal Wedding of Prince Harry and Meghan Markle ... and that lucky guy is James Corden.

Sources close tell TMZ ... Corden and his producing partner, Ben Winston, are on the guest list for next Saturday's wedding at St. George's Chapel in England, and BOTH receptions to follow.

This includes the reception immediately after the ceremony at Windsor Castle, and later in the evening at the more exclusive party at Frogmore House ... where Meghan and Harry snapped their engagement pics.

James and Prince Harry have been friends for years, but Corden previously implied he didn't think he'd get an invite to the wedding ... but he just wanted to go to Harry's bachelor party anyway.

Looks like he was just bluffing. Corden had recently bought Kate and Prince William a baby gift for little Prince Louis too, so there's no denying it -- he's royalty adjacent. 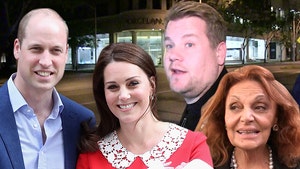 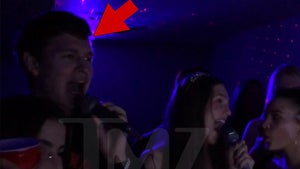