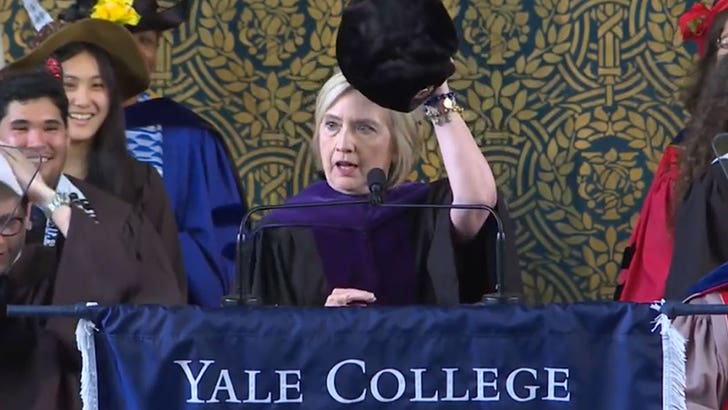 Hillary Clinton's sticking it to President Trump and this time she's got props. Take that, Carrot Top!

Hillary spoke at Yale's Class Day over the weekend and, as is tradition, all the students were rocking goofy hats ... and she joined in by whipping out one of those furry Russian hats. As she wryly put it, "If ya can't beat 'em, join 'em!"

The bit went over ... well ... watch. It was definitely a Hill-friendly crowd, but still -- 18 months later, this gag might be the definition of old hat.

Fun fact: the hat's called a papakha and h/t to the Cossacks, who first made 'em fashionable way back in the 19th century. 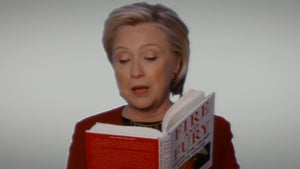