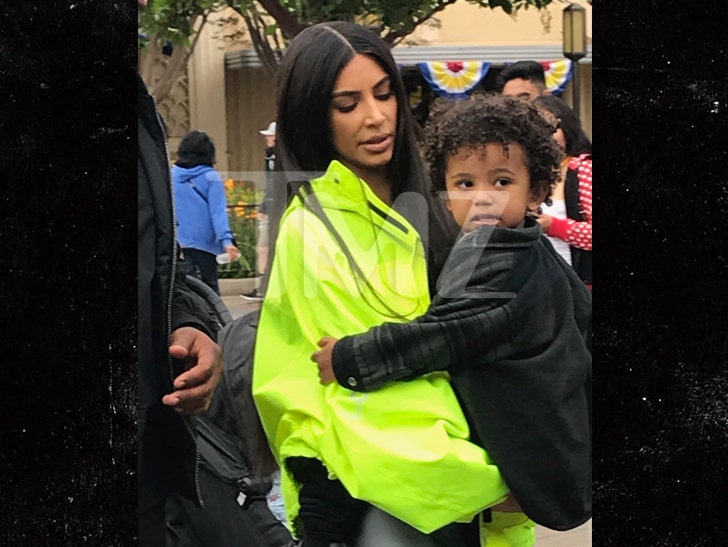 Kim Kardashian took her oldest 2 kids to the Happiest Place on Earth ... and made no effort to keep it on the DL.

Kim was spotted at Disneyland Tuesday holding her son, Saint, while rocking a bright neon yellow jacket that could light up the inside of Space Mountain. We're told North was also with Mom, and Kourtney and her kids enjoyed the excursion as well ... which included a family ride on It's a Small World.

The Kardashian crew hits up Disneyland a lot for special occasions -- like Kourtney's birthday last month or Kim's bday in October -- but it seems like this time was just for some random fun.

No word yet if Kim's jacket's been added as a new park attraction.