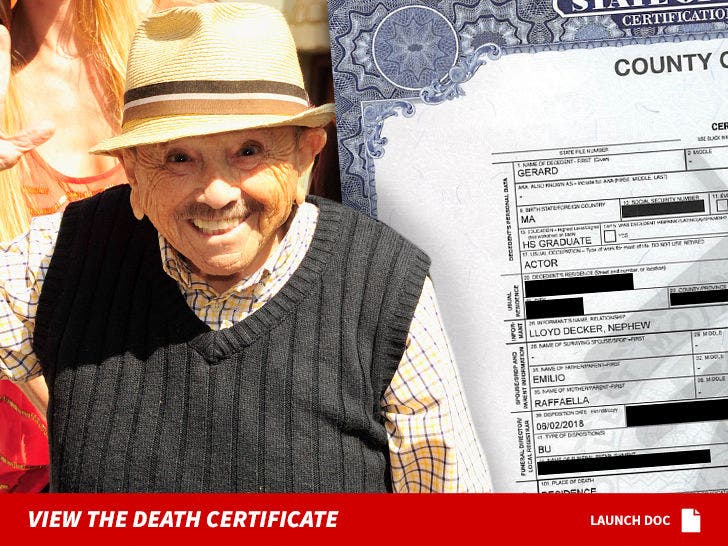 The world's oldest living ﻿'Wizard of Oz﻿' munchkin, Jerry Maren's organs were shutting down and he was fighting severe senility when he died ... TMZ has learned.

According to his death certificate ... Jerry's official cause of death was cardiopulmonary failure. However, he also suffered from cachexia -- a break down of the body's systems from chronic ailments -- and senile degeneration of the brain. As we first reported, Jerry suffered from dementia.

The doc, obtained by TMZ, says Jerry, real name Gerard Marenghi, died May 24 in San Diego County. He was buried this past Saturday in Hollywood. His occupation is listed as an actor with 75 years of experience. No mention of the Lollipop Guild. 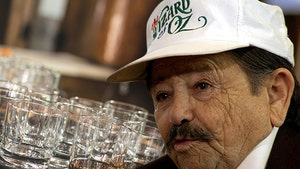