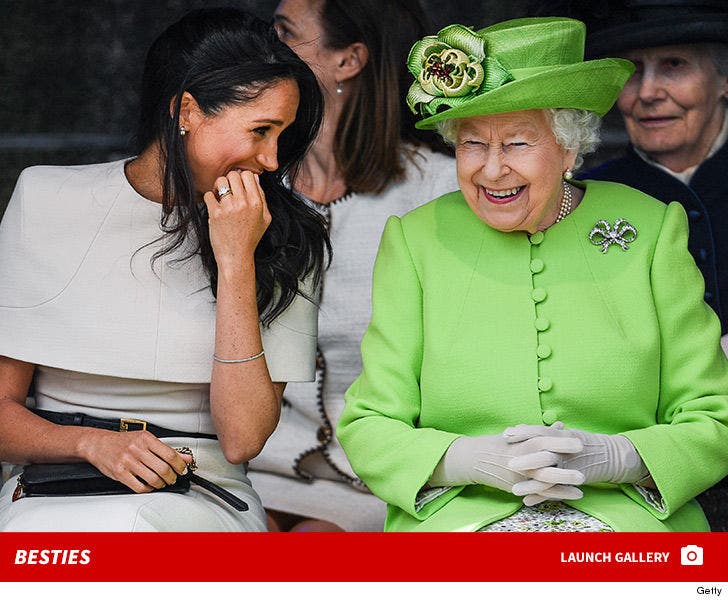 Meghan Markle is the Duchess of Sussex, but she also took on the role of royal jester during her first official solo outing with Queen Elizabeth.

Meghan accompanied Liz Thursday on several engagements near Liverpool. It's kind of a big deal since it's their first hangout without Harry and the fam in the picture.

They took the Royal Train in and spent the day doing everything from meeting locals in the town center to attending the opening of the Mersey Gateway Bridge ... and there's no denying Meghan's winning the Brits over, especially Her Majesty.

No idea what was so funny, but maybe she dropped a line Prince George fed her from the schoolyard:

Why is England the wettest country?
The queen has reigned for years!

Look at QE2 laughing ... that's definitely what she said. 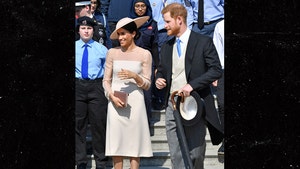 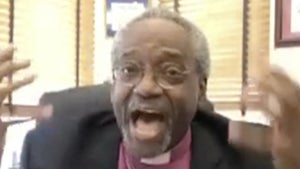