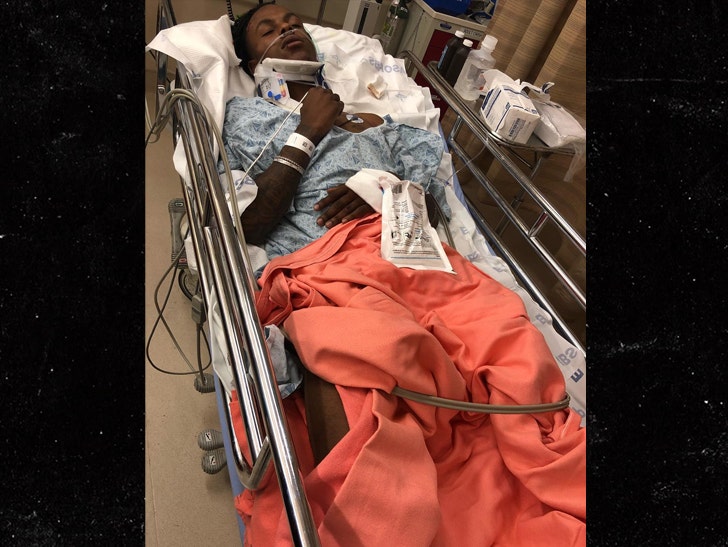 10:42 AM PT -- The LAPD confirms they're investigating a home invasion robbery ... there are no suspects or arrests at this time.

10:22 AM PT -- Our sources say Tori was also hospitalized for injuries sustained during the attack, but was discharged Friday morning.

Rich the Kid was﻿ attacked and robbed at gunpoint in Los Angeles ... and the beatdown was so severe it landed him in the hospital.

Sources close to the rapper tell us he was at his girlfriend Tori Brixx's home Thursday night when two masked men entered demanding cash and jewelry. We're told Rich tried to fight them off, and that three more men came into the home brandishing guns.

Our sources say the men beat on Rich, and got away with a significant amount of cash and jewelry. We've confirmed the rapper was admitted to a hospital for treatment. A photo of him in a hospital bed popped up on his IG page this morning.

We're told the cops were called after the attack, but we've yet to confirm a report was taken with any law enforcement agencies.

Sources close to Rich's team say they believe the attack was an inside job. 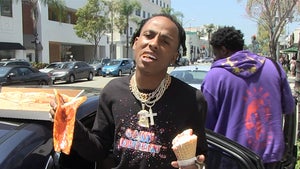 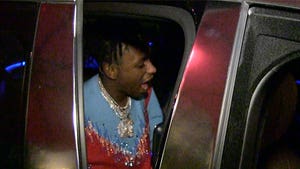