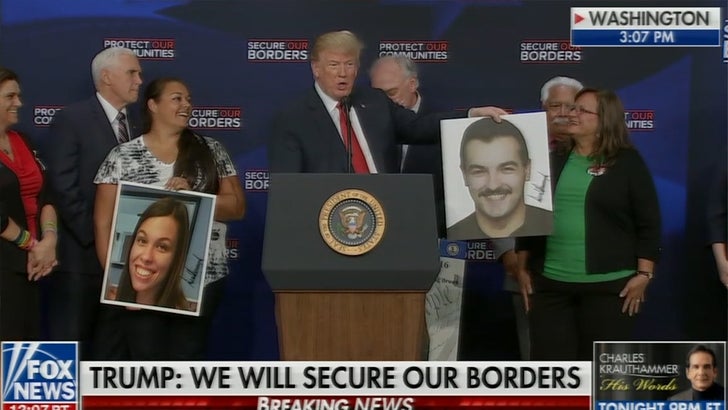 President Trump just tried to make light of an insanely tough situation in one of the most awkward exchanges we've seen ... and it revolves around Tom Selleck.

Trump was in Washington Friday, where he spoke to a group about the importance of keeping the country's borders secure. With him onstage were family members of people who have allegedly been killed by illegal immigrants.

Trump invited one woman to speak, who presented a photo of her son to the crowd. 45 grabbed the pic and awkwardly compared the son (who has a mustache) to Tom Selleck, "except better looking." 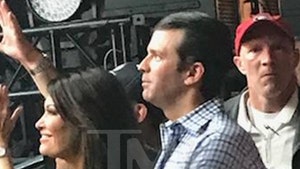 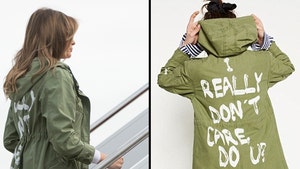