The Jackson family was reunited again following the funeral for their late patriarch, Joe Jackson, which included his kids, grandchildren ... and his wife, Katherine.

A ton of the immediate and extended Jackson troupe were in attendance for a luncheon Monday after Joe's private service at Forest Lawn in Glendale, CA. It's the same cemetery where Michael Jackson was entombed.

Of the famous Jacksons who showed face ... Janet Jackson, La Toya Jackson, Jermaine Jackson, Rebbie Jackson, Michael's youngest son Blanket, and, perhaps unsurprisingly, his lifelong partner Katherine ... with whom he had a strained relationship in the last years of his life.

Stevie Wonder also made an appearance. 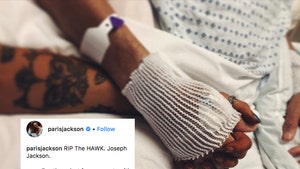 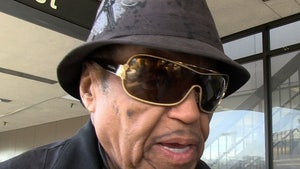 Joe Jackson Dead at 89 After Battle With Pancreatic Cancer