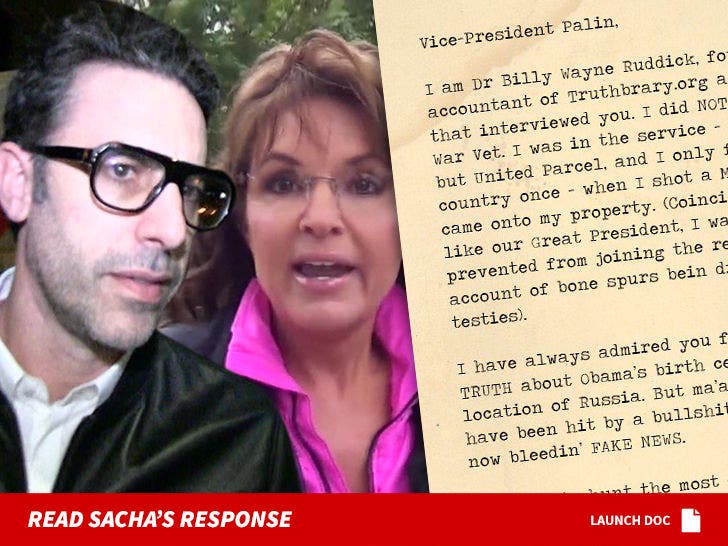 Sarah Palin is totally wrong about what happened when Sacha Baron Cohen interviewed her -- at least according to Dr. Billy Wayne Ruddick ... the character Sacha was playing at the time.

Cohen just released a letter addressed to "Vice-President Palin" ... so, right off the bat y'know it's gonna be funny. Sacha, aka Dr. Ruddick, says he's the one who interviewed her, and adds ... "I was in the service -- not military, but United Parcel ... and I only fought for my country once -- when I shot a Mexican who came onto my property."

You'll recall, Palin blasted Cohen for pulling a prank on her that will, apparently, air on his new Showtime series, "Who Is America?" ... which premieres this weekend. She said she was especially incensed that he had posed as a disabled military vet.

Look, fact is Sarah inadvertently gave his show huge promotion, and now he's following through with this in-character rebuttal.

You gotta read the whole letter, because it also includes references to the Obama Birther movement ... and President Trump passing on military service due to bone spurs in his feet. Although, Sacha's moved the bone spurs to his "testies" for purpose of this letter. 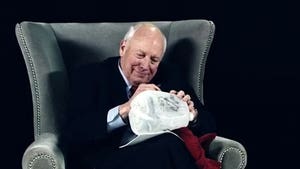 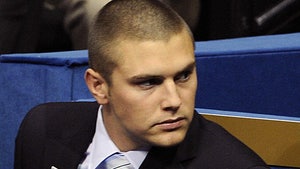