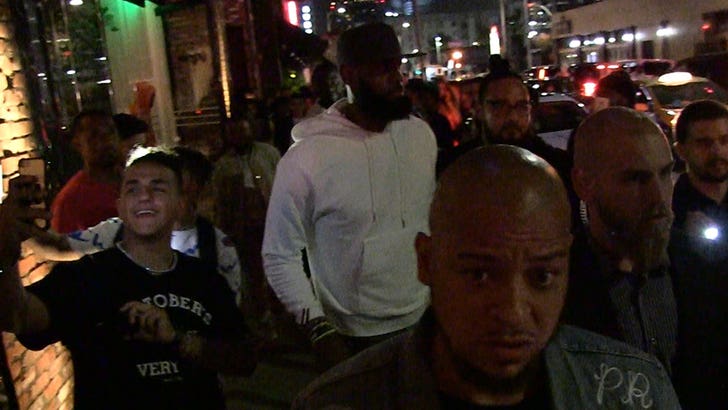 LeBron James and Kevin Durant left a Hollywood bar together on Wednesday night with Draymond Green ... and TMZ Sports has the footage.

The NBA superstars -- along with a ton of other athletes -- were leaving The Highlight Room rooftop lounge ... and when LeBron got to the street, a ton of fans were there to greet him.

Check out the top of the video -- the guy in the white hoodie who's talking with Bron looks a lot like Draymond.

The Lakers star thanked some of the people who welcomed him to L.A. -- and then walked to his waiting car ... followed by Kevin Durant. 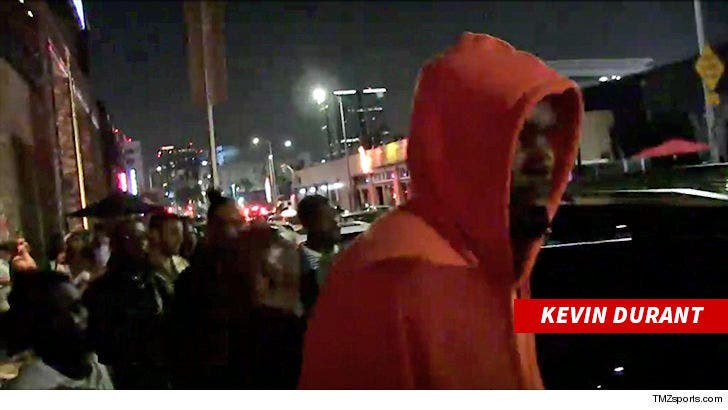 We tried to talk with KD -- and a guy asked for the Golden State Warrior star's autograph -- but Durant made it clear he wasn't in the mood to talk with normies.

Turns out, the guys were all hanging out at a post-ESPY's party thrown by LeBron's Uninterrupted media platform -- with huge stars like Floyd Mayweather, Jamie Foxx, Drake, Future and Kevin Hart in attendance.

Neither LeBron nor Durant were at the ESPYs -- which was in L.A. -- but it's not like they were out of town. Weird. 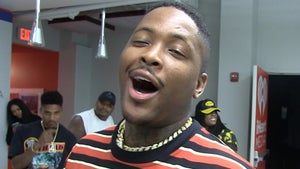 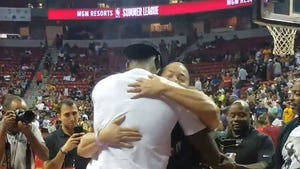