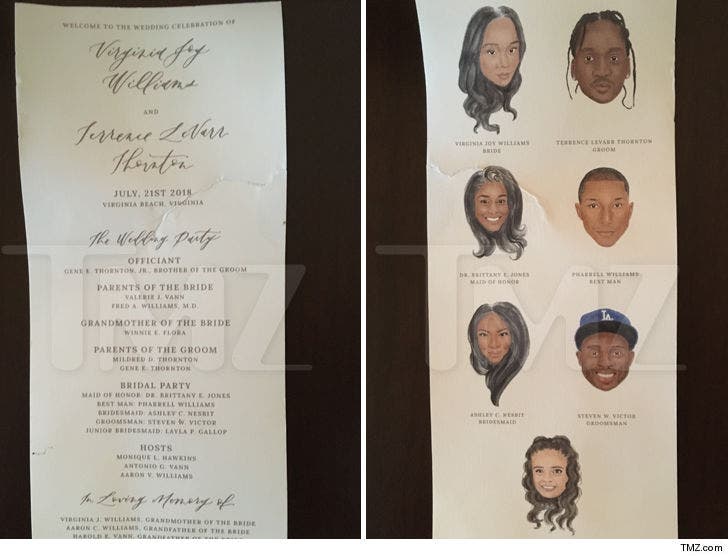 It's the big day for Pusha T and his bride, and it turns out ... Pharrell's got a major role, too!

The rapper -- real name Terrence Levarr Thornton -- married his longtime girlfriend, Virginia Joy Williams, Saturday at The Cavalier Hotel in Virginia Beach, VA in front of some other big time celebs ... like his Best Man, Pharrell.

The couple's wedding program -- obtained by TMZ -- features cool art of all the people in Pusha's wedding party ... which was actually pretty small. Oh, and his brother was the officiant. 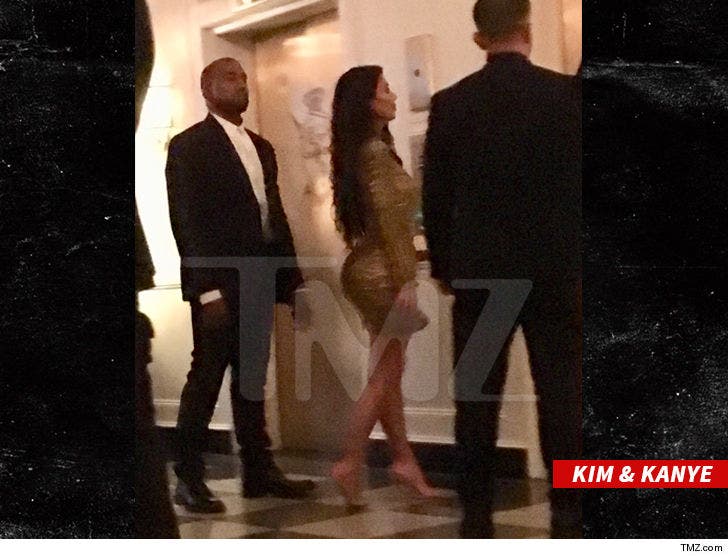 Kanye West and Kim Kardashian are a couple more of the high-profile guests we know about so far, and of course ... looked stylish as ever.

You'll recall, Ye produced Pusha's hit album "Daytona" which was released in May.

The ceremony's now over, but we imagine the reception -- considering those in attendance -- is still going strong.

Congrats to the bride and groom! 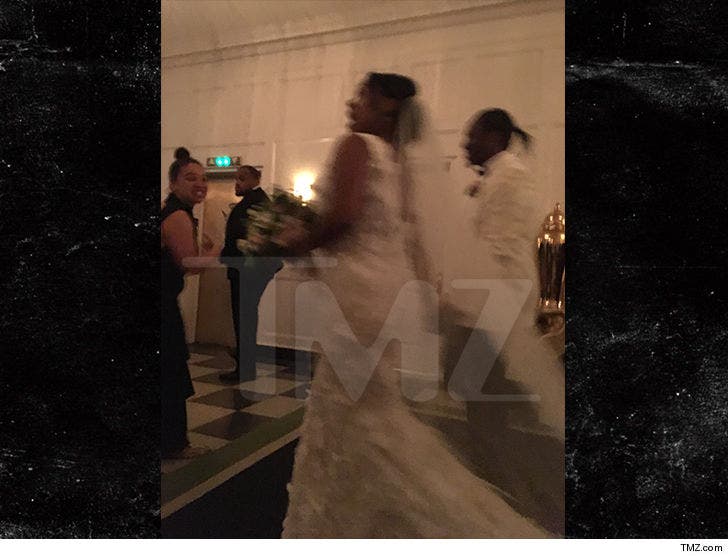 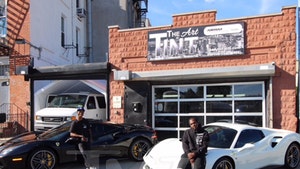 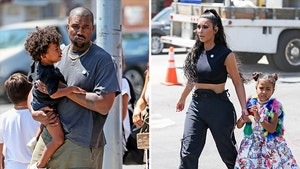