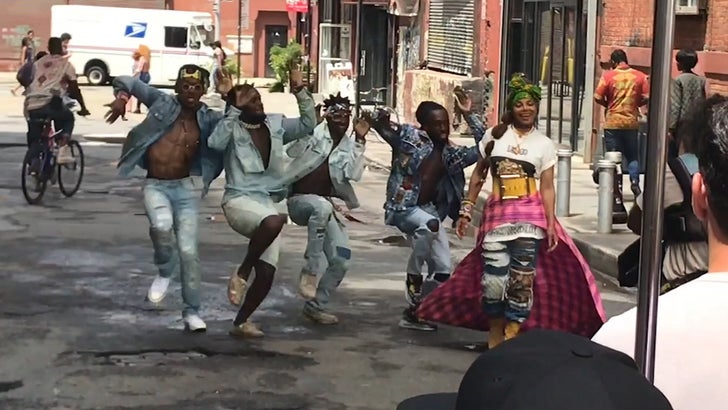 Janet Jackson sure knows how to build hype over her forthcoming studio album -- her first in 3 years -- and did just that by assembling a stealth rhythm nation in New York.

The "Unbreakable" singer was shooting a music video in Brooklyn Monday with a quartet of dancers draped in denim behind her ... as she herself donned quite a colorful getup made of a green headscarf, a long pink skirt and a yellow belt with jeans on.

BTW, there was no music being played here as Janet and co. boogied. Unclear if she was simply getting some choreography down, or if this was the real deal. Seeing how there's a camera guy doing his thing ... probably the latter. 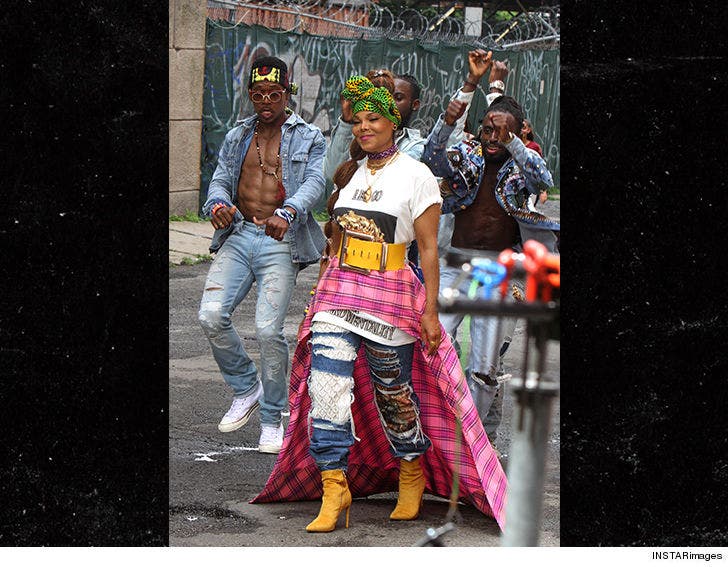 Janet confirmed this past May that she was working on a new record, but was still in the early stages of writing and gathering concepts. It's July now, so it seems she's had some fully fleshed out ideas since then ... hence, this.

We know we're excited, even without some much-wanted playback. 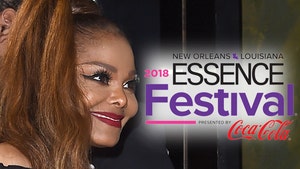 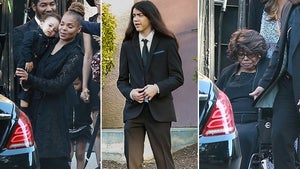