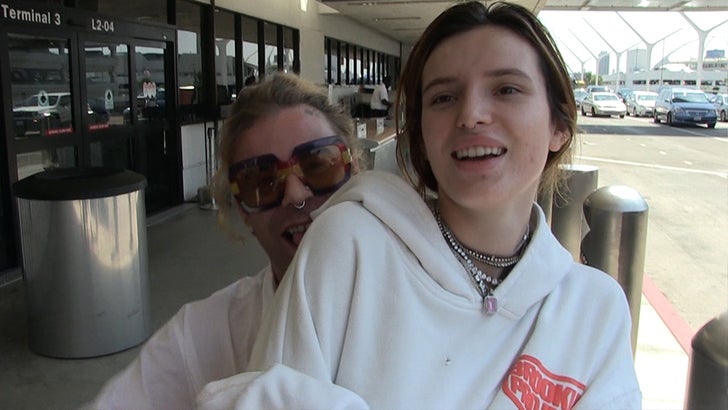 Bella Thorne's damn proud of her pussy rap, and says her family is too -- and yes, we're referring to Bella's musical homage to the female anatomy.

We got the former-Disney-actress-turned-rap-artist Monday at LAX ... and she tells us she's heard nothing but great things about her new song, "Pussy Mine."

Bella says she was a little worried about the lyrical content, but imagines her mom is somewhere bumping the song in her car. Pretty funny image, especially when you see and hear Bella performing the track in her risque music vid.

Bella and her bf, Mod Sun, were getting ready to board a flight to New York, where she's performing this weekend at Billboard's Hot 100 Festival. She gave him props for his rap flow.

There's also a special appearance by the couple's cute puppy ... and you'll never guess its name (Hint: It's adjacent to the song title)! 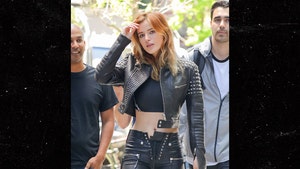 Bella Thorne Put on a Smoke Show in Her Leather Outfit