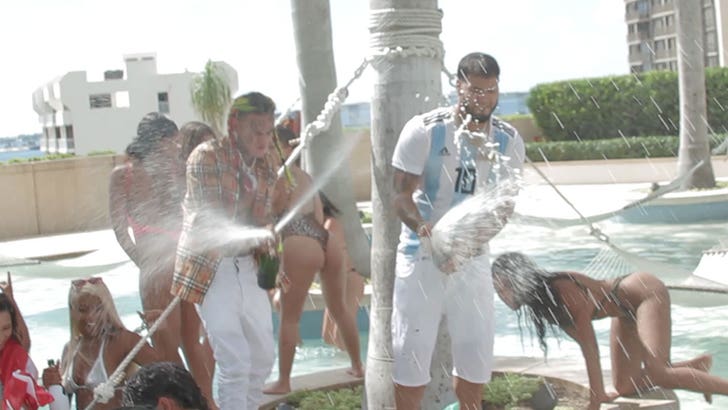 Tekashi69 straight WRECKED a smokin' hot music vixen on the set of his new music video, "Bebecita" -- Lawrence Tayloring her into a swimming pool while she chugged bubbly from the bottle.

TMZ got the raw footage of the scene -- shot at the Four Seasons in Miami -- where 6ix9ine and rapper Anuel AA sprayed booze away while some ladies did the upside down splits in thong bikinis.

But, the craziest moment was definitely the form tackle into the pool -- Tekashi took a running start and blasted the chick ... after the director yelled for everybody to "have fun."

Don't worry, no one was hurt ... except the parents of the upside down bikini chicks who REALLY thought their daughters were spending the money on nursing school. 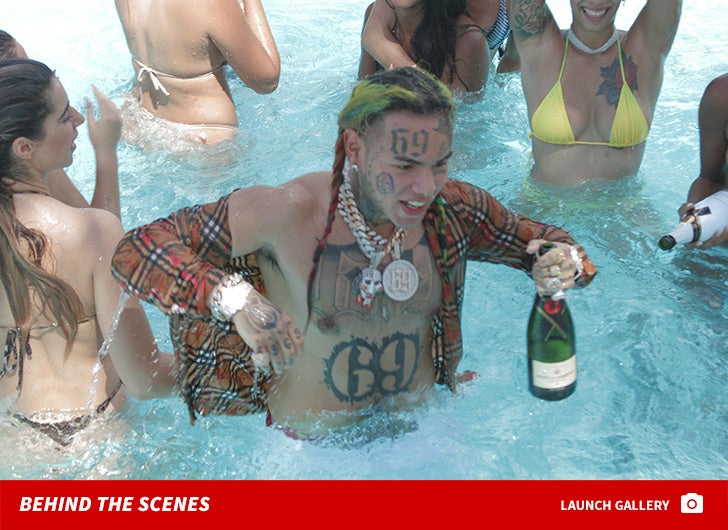 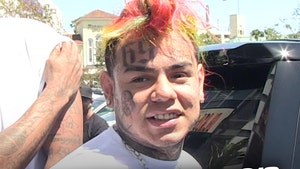 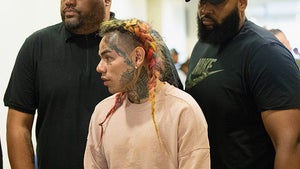