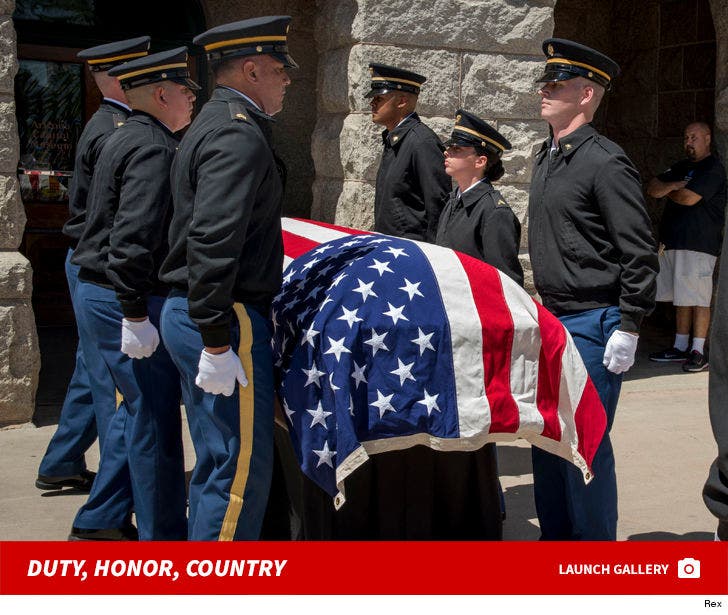 John McCain's casket has arrived at the Arizona State Capitol where family, friends and the public are paying their final respects to the late Senator.

The Arizona Army National Guard carried McCain's casket into the Capitol Museum rotunda Wednesday morning for a private ceremony for family and colleagues ... including remarks by Arizona Gov. Doug Ducey. 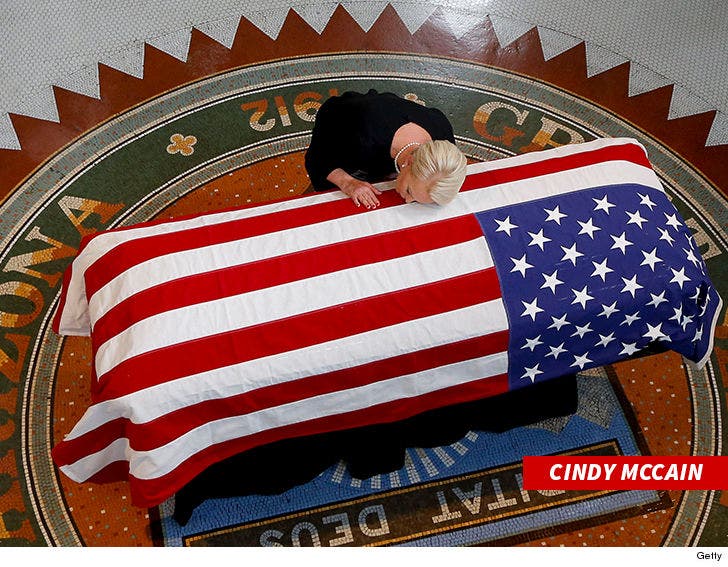 During the ceremony, McCain's family was front and center honoring the somber occasion. McCain's wife, Cindy, and daughter, Meghan, were both very emotional at the sight of the casket. 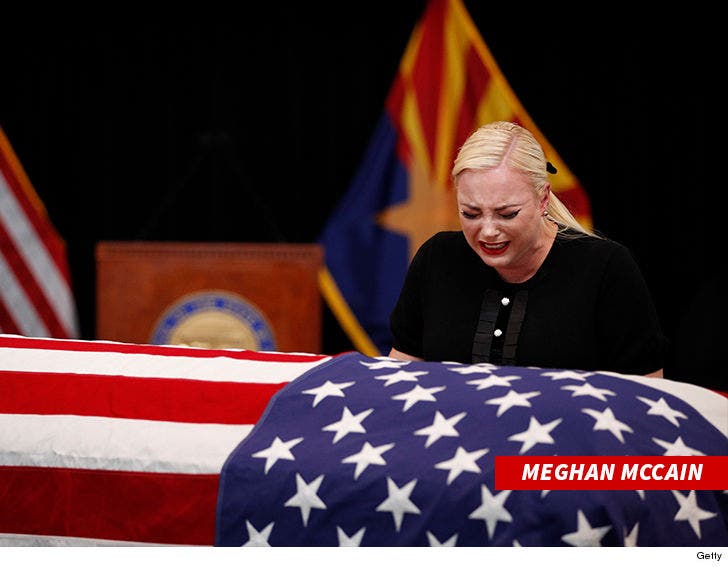 The viewing will open to the public in the afternoon. McCain is the third person to lie in the rotunda in the last 40 years ... State Senator Marilyn Jarrett and Olympic gold medalist Jesse Owens were the others.

There will be a procession Thursday morning that will weave through Phoenix before making its way to a memorial service at North Phoenix Baptist Church.

McCain died shortly after his decision to stop medical treatment after a year-long battle with brain cancer. 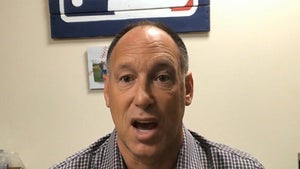 Luis Gonzalez 'Blessed and Honored' to Be Pallbearer for John McCain