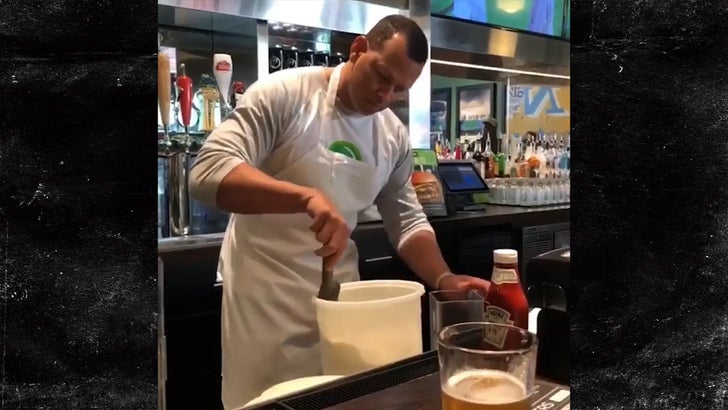 Alex Rodriguez became the wealthiest burger store janitor on earth Sunday -- when he busted out the mop and went to town at Wahlburgers ... all because the Yankees got swept by the Red Sox.

It was all part of a bet A-Rod made with Mark Wahlberg during the Yankes, Sox series back in August. If the Yanks lost, Alex had to work at Mark's family burger joint.

Not only did the Yanks lose the series, they got SWEPT -- so, Alex reported for duty on Sunday ... and, to his credit, he did it all with a smile on his face.

"Last month, @markwahlberg and his @RedSox brought the broom out and swept my @Yankees. So today, I got the mop," Alex posted on social media.

"It was time to me to hold up my end of the deal and report for duty to the @wahlburgers location near Fenway Park. Today, I had to do a little bit of everything - greet customers, flip burgers, clear tables, and yes, mop the bathroom floor. But what I thought was going to be a tough day turned out to be a day I really enjoyed."

As for Mark, he gloated.

"Needless to say, Alex failed miserable in his prediction ... So, now he has to show the greatest fans in the world how to get his hands dirty and serve up some delicious Wahlburgers. What do you say Alex? It’s time to go to work, buddy. Start flipping ’em."

Alex says he hopes to make another bet with Mark in the future and get some revenge. 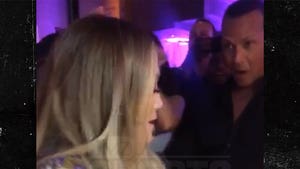 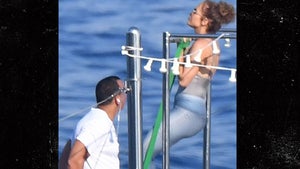