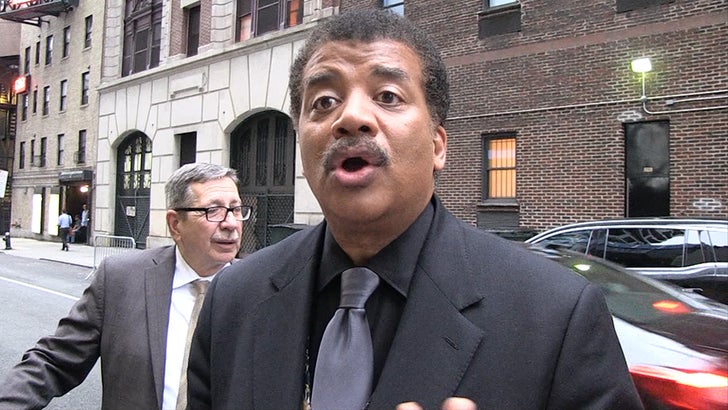 Neil deGrasse Tyson sees nothin' wrong with a little puff and smoke emitting from Elon Musk, 'cause he says the guy is this generation's Thomas Edison.

America's favorite astrophysicist was signing autographs Tuesday in NYC after his appearance on Stephen Colbert's 'Late Show,' when our photog asked his thoughts on all the flak Elon's catching after toking up on Joe Rogan's podcast last week.

Neil cut our guy off and let it be known where he stands ... LEAVE THE CAT ALONE! Of course, he prefaces his answer by saying Elon needs to follow SEC regulations -- ya know, since Tesla's a publicly traded company and all -- but, aside from that ... let the genius burn a bit.

Elon gets some high praise from Neil here, calling him the "best game in town" and the best thing we've had since Tommy E in the 1800s. Rather than criticize, Neil thinks folks should embrace what Elon can do for the country (and the world) ... bud or no bud.

He also explains why it'd be a bad idea to smoke up in Space -- take note, kids.