Machine Gun Kelly's bodyguards beat the bloody hell out of an actor who called out the rapper over the blood feud with Eminem ... TMZ has learned.

The violence started late Friday night in Atlanta ... cops say MGK and his crew were in a restaurant bar when the actor named Gabriel "G-Rod" Rodriguez walked up to him with his phone out and started recording. In the video, obtained by TMZ, you see G-Rod point at MGK and say, "I'm gonna say it because it has to be said, you're a pussy for going for family!" G-Rod tells us he was especially upset because he's a husband and father of 3 kids.

G-Rod was pissed at Kelly for his beef with Eminem -- which started when Kelly said Em's then-teenaged daughter, Hailie, is hot.

In the video, MGK appears to shove G-Rod and turn the phone away. The video stops there, but G-Rod says that's when 5 of MGK's bodyguards swooped in and, as he puts it, MGK suddenly got tough and started challenging him. G-Rod claims Kelly shoved him. He says the bar manager immediately sided with the celebrity ... and kicked out G-Rod. 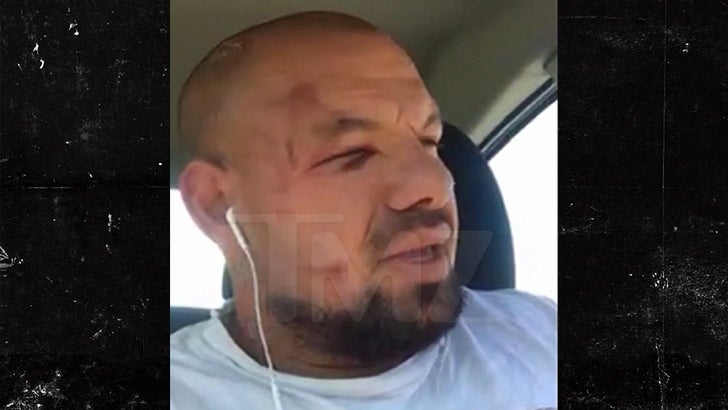 G-Rod says 2 hours later he was walking toward a Hampton Inn -- across the street from the bar -- when he noticed MGK and his crew hanging outside their tour bus. When they started barking at each other an Atlanta PD officer stepped in to cool things down, but G-Rod says MGK went off ... calling the cop a "pussy" and "pig."

G-Rod says the officer did nothing in response -- which pissed of G-Rod. He told us if a black or Latino person had said that to a cop ... they'd immediately be tased or worse.

G-Rod says he went into the hotel lobby and MGK continued jawing at him ... with all his bodyguards standing around him. G-Rod, who's a pretty big dude, says he told them he'd fight each of them -- one at a time -- if they wanted a fight. Instead, he says the bodyguards all jumped him at once.

According to cops, who've seen surveillance video, one guard body slammed G-Rod and then 3 others started punching and kicking him in the face. G-Rod -- who's had roles in "Ozark," "Power" and "NCIS: New Orleans" -- says MGK wasn't involved at that point, he just let his bodyguards get physical. 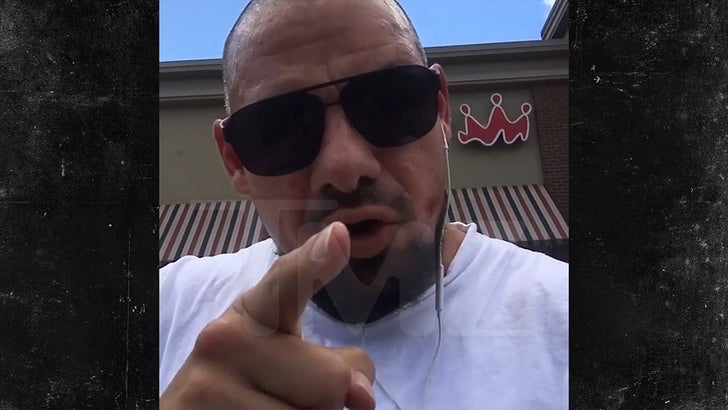 G-Rod tells TMZ he's already hired a lawyer and intends to file a lawsuit against MGK, however, he adds, "I will drop the lawsuit if we both sign waivers and meet in an octagon and go man-to-man without goons or weapons." 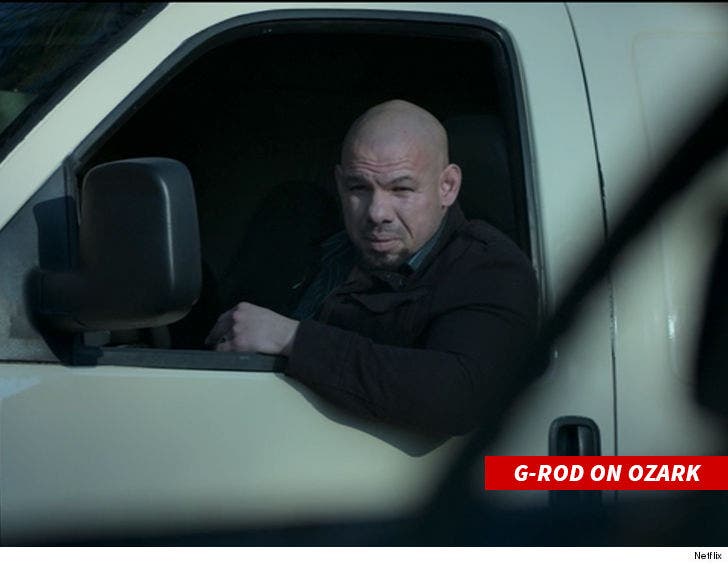 Police are investigating, and G-Rod is at an ER getting treatment for severe facial injuries.