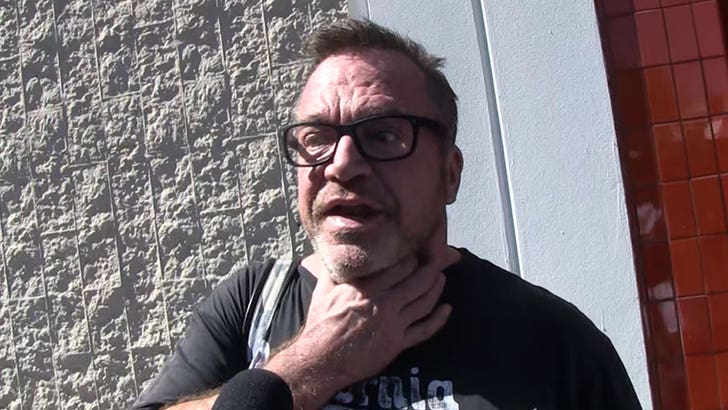 2:38 PM PT -- Another eyewitness just walked us through what he saw ... he says Mark and Roma were walking up the stairs and stopped at the top to talk to someone. Within seconds, the eyewitness said, "Tom came charging up the steps and it was on." The eyewitness says it was clear Tom was there to confront Mark and, in a flash, Mark had his hands on Tom's throat, and Tom was tearing at Mark's shirt and ripping off his crucifix.

The eyewitness says it was all over in 15 seconds because "Survivor" host Jeff Probst separated them. The eyewitness also says Bryan Fogel was there filming the whole thing and it looked planned because the altercation was quick and without warning.

The eyewitness also says Tom was at the party for several hours telling people about the confrontation.

Tom has a show that premieres Tuesday, and the way the eyewitness put it, "Tom got the reaction he wanted. He got even more than he bargained for."

11:34 AM PT -- Tom just left the police station and provided more detail from the scuffle. He says Burnett choked him so violently he needs a doctor and he truly believed Mark wanted to kill him.

10:50 AM PT -- An eyewitness tells TMZ he saw the altercation this way ... Burnett and his wife, Roma Downey, had just arrived at the party and walked up the staircase to get inside. We're told just as they got to the top stair, Arnold came charging at them and pushed Burnett. The eyewitness says Burnett pushed Arnold back and then Arnold ripped Burnett's crucifix off his neck, breaking it. Arnold said it was a gold chain but in fact, it was a crucifix.

The altercation lasted no more than 30 seconds and they all stayed at the party.

Earlier in the day, Arnold told Salon.com he wanted to confront Burnett at the Emmys ceremony. Arnold also called Burnett a "p***y."

Tom Arnold claims mega-producer Mark Burnett attacked him at a pre-Emmy party, but Burnett's wife claims it was the opposite ... Arnold ambushed Mark.

It went down Sunday night ... Arnold tweeted, "Mark Burnett just went apeshit & choked me at this huge Emmy party then he ran away with his torn pink shirt & missing gold chain. I'm waiting for LAPD."

Burnett's wife, Roma Downey, says Arnold "tried to ambush" her and Mark. She says Arnold hurt her and she posted a pic of a bruise on her hand, claiming Arnold was the culprit. 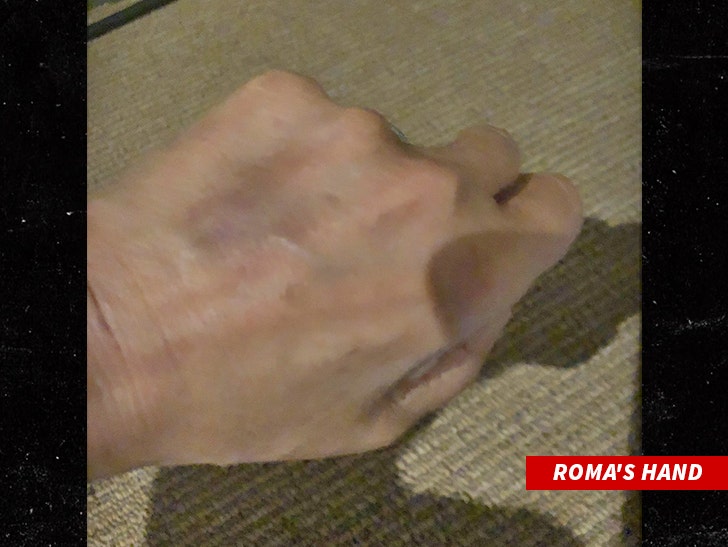 Arnold, who said he was waiting for the LAPD, fired back, "Bullshit. You lie your crazy husband attacked me you psycho. I'm filing a police report & suing you for defamation."

We checked with LAPD ... so far no report. 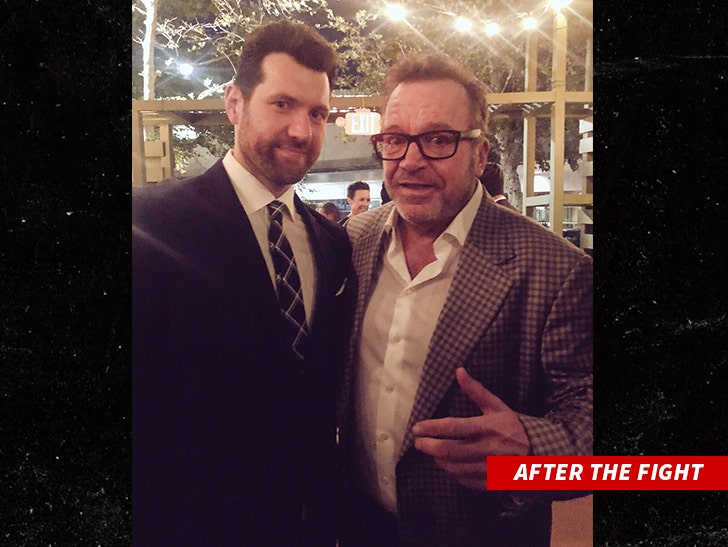 Right after the fight, Tom posed for pics with other people in the party, including Patton Oswalt and Billy Eichner ... who cheekily said, "Everyone in LA is shaken. Hold your loved ones tight."

Arnold has been working on a show for Vice ... a show about so-called "hidden Trump tapes." One of the things Arnold is after ... the outtakes from "The Apprentice," which Burnett created and produces. Arnold believes the tapes reveal Trump using the n-word and other epithets. Burnett has said he has no access to the tapes because they're owned by MGM. 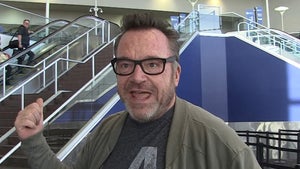