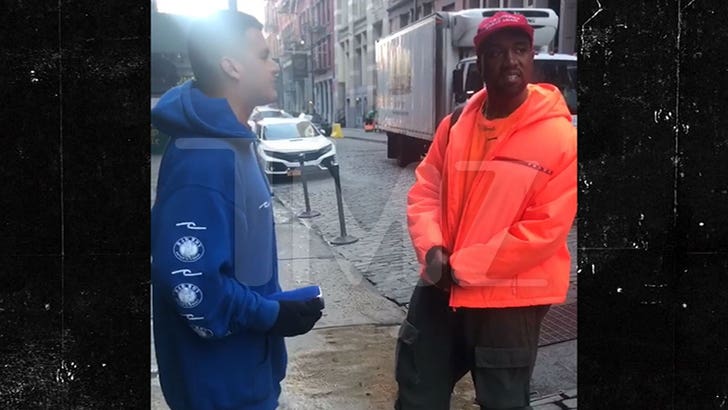 Kanye West stopped dead in his tracks early Saturday morning as he listened to a homeless man rap ... and Ye was impressed enough to take the guy into the studio.

Nino Blu is in desperate straits. He became homeless recently and is clearly on the ropes, but he took his shot when he spotted Kanye and swung for the fences.

Ye was clearly impressed, and invited Blu to drop some bars into a mic. 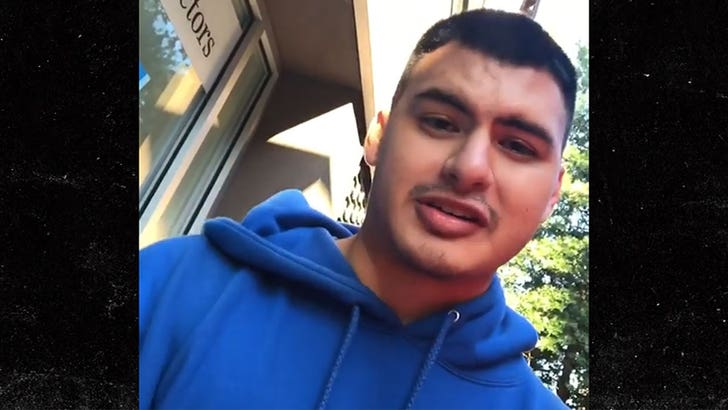 Nino was beyond stoked, calling it a "crazy ass miracle."

Kanye has a long day ahead. He's performing on the season opener of "Saturday Night Live" late tonight. It's unclear if he'll just perform or if he'll be part of a skit. If it's the latter, we have a guess on the subject matter.