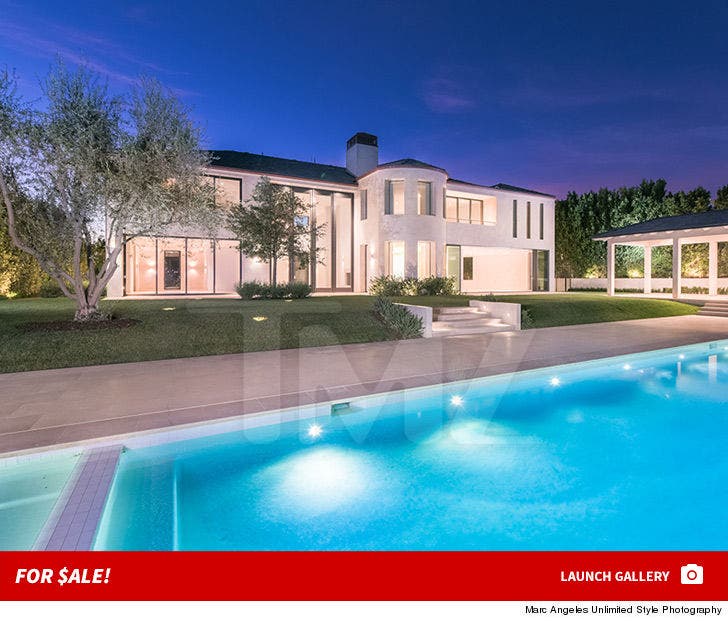 Even Kim Kardashian and Kanye West's Midas touch has a limit -- their old Bel-Air crib, which they sold for a whopping profit, has been sold again ... but this time at a staggering multi-million dollar loss.

You'll recall the Wests first bought the property in 2013 for $9 million. Enter Ukrainian billionaire Marina Acton in 2017, who plunked down $17.8 mil. Sweet deal for Kanye and Kim and, at the time, the most expensive sale ever in the Bel-Air Crest community.

You'll recall, they'd taken the house down to the studs and rebuilt it as a modern, minimalist home.

Acton wasn't there long ... about 7 months later she put the 10,000 square foot crib up for sale because she's pregnant and needs more space. Well, we confirmed she finally unloaded it for $14 million -- aka a loss of at least $3.8 million. Ouch.