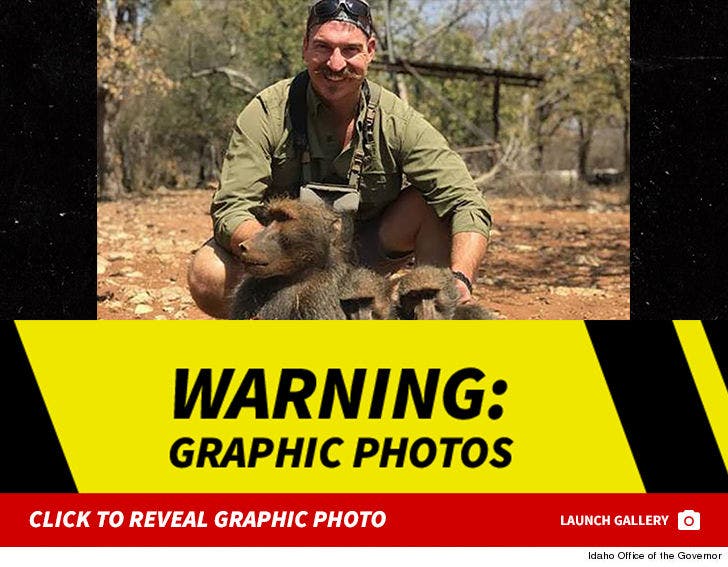 The Governor of Idaho is appalled at his former fish and game commissioner for slaughtering a family of baboons -- saying not only is the killing itself wrong -- posting a pic is just as disturbing.

Blake Fischer came under heavy fire after sending out an email to more than 100 people that contained a photo of himself posing with 4 baboons he killed during a hunting trip in Africa. One of the baboons was a juvenile ... and a bloody gunshot wound was visible on the animal.

Fischer resigned and Governor Butch Otter issued a statement, saying, "Every member of my administration is expected to exercise good judgment."

A rep for Otter tells us in Idaho hunter education courses -- taught by Fischer's own department -- participants are taught to exercise good judgment when they display images of their kills. This includes covering up wounds and not widely circulating images others may deem offensive ... Fischer broke both of those rules.

On a personal level, Governor Otter says he'd never kill the exotic animals, and urged others to act in accordance with his actions.

The rep, Jon Hanian, tells us, "The fact that at the very least, one of the primates was a juvenile also raises a red flag. These facts ALONE raise valid questions as to judgment." 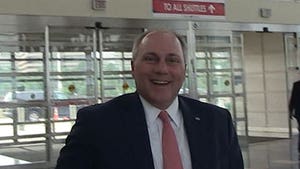 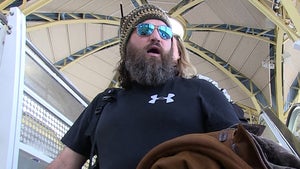 You Might Want to Rethink Exclusive Details Politix Viral