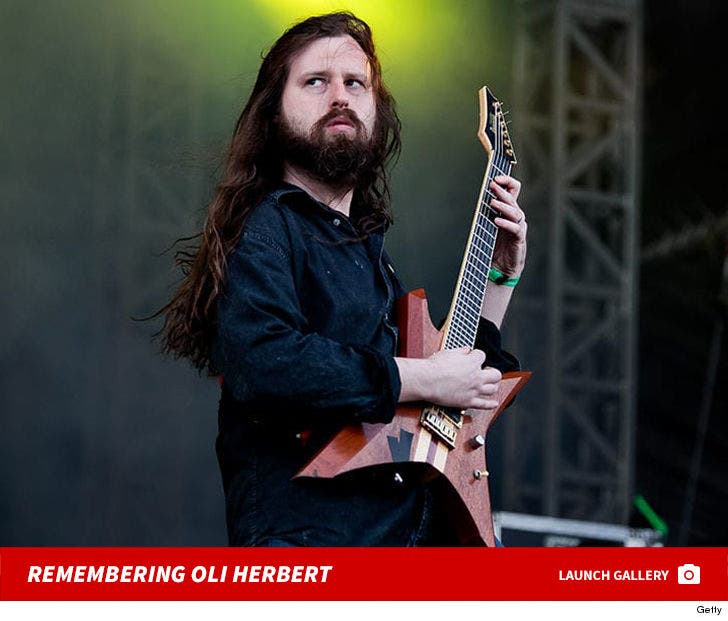 10:15 AM PT -- ﻿Oli was found dead in a pond near his Connecticut home ... law enforcement sources tell TMZ.

We're told police were dispatched to Oli's Stafford Springs home Tuesday afternoon after someone reported him missing. Cops searched the area and found Oli in a nearby pond.

Police sources say the death does not appear to be suspicious, but an autopsy needs to be performed to confirm the cause and manner of death. The Connecticut medical examiner is investigating.

Oli Herbert, a founding member and lead guitarist of metal band All That Remains, has passed away at the age of 44.

The band confirmed Oli's death on its Facebook page -- "We were devastated to learn that Oli Herbert, our friend, guitar player, and founding member of All That Remains, has passed away."

No word on the cause of death yet.

The band's message continued ... "Oli was an incredibly talented guitarist and song writer who defined Rock and Metal from the Northeast. His impact on the genres and our lives will continue indefinitely."

Oli started the band back in 1998 in Springfield, MA alongside frontman Phil Labonte.

All That Remains has released 8 studio albums, with over 1 million records sold worldwide. The band is scheduled to release a new album, "Victim Of The New Disease," November 9.

Oli is survived by his wife, Beth.