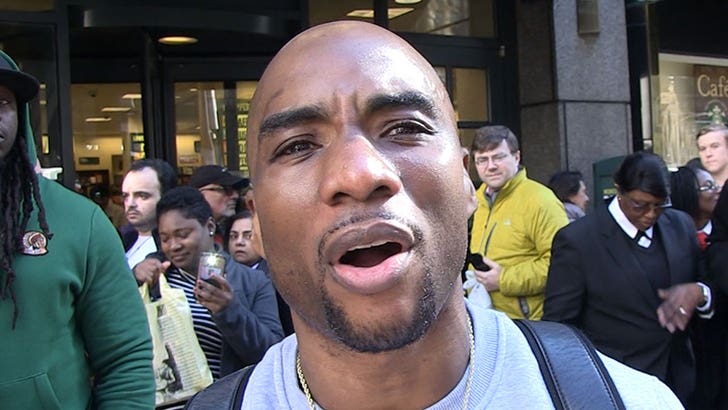 Charlamagne Tha God is as real as they come, and he kept it real with us about the outrage over Kendall Jenner's hairdo in Vogue ... saying that s*** is no 'fro.

The 'Breakfast Club' host was leaving a Barnes & Noble in NYC Tuesday -- after promoting his new book, 'Shook One' -- and told us Kendall's 'do simply wasn't an afro, as many claimed amid the backlash against Vogue and the model.

He's got a hilarious explanation for why her hair doesn't compare to a true 'fro -- and, more importantly, he says he's not offended by this "cultural appropriation." One other fun fact ... Charlamagne doesn't really care about Kendall that much. Whodathunkit?!

On a serious note ... Charlamagne's got some tips for people thinking of rocking costumes that don't reflect their own culture. The guidelines might seem pretty simple but, then again Megyn Kelly said blackface at Halloween used to be cool.

Megyn later apologized for that comment in an email to her NBC coworkers.

Too bad she didn't see this Charlamagne clip before she went on the air.