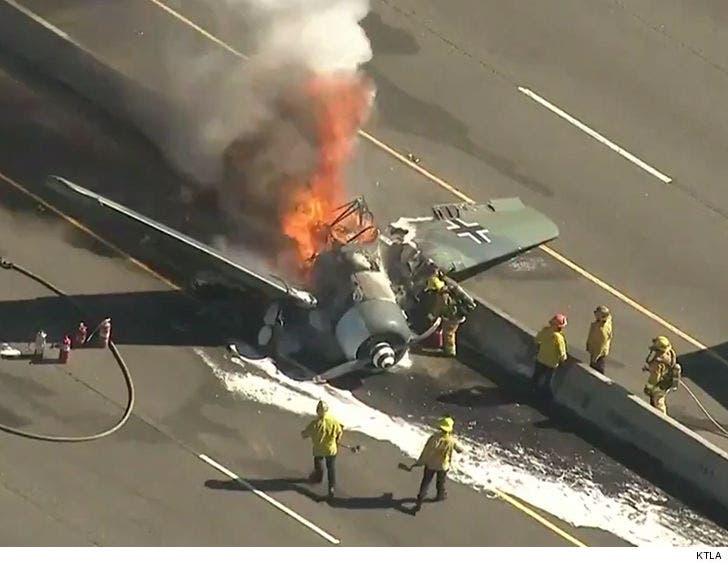 A vintage World War II fighter plane -- for the Nazis, not the good guys -- crash landed on one of L.A.'s busiest freeways ... and miraculously the pilot survived.

Video from Sky5 shows the fiery scene of a plane crash on the 101 Freeway in Agoura Hills. The pilot was reported uninjured. tp://on.ktla.com/uqAE7 pic.twitter.com/YbXBXizwfn

The plane slammed down Tuesday afternoon on the 101 Highway in Agoura Hills -- just outside L.A. -- and went up in flames. Somehow, the pilot managed to avoid any cars on the freeway, and reportedly got it down cleanly ... until one of the wings clipped the center divider. That's when the fuel ignited.

The aircraft appears to be a Bf-109, a workhorse aircraft in the German Luftwaffe. It's unclear if the plane is a replica or the real deal. The pilot was the only person on board, and was somehow uninjured.

As Harrison Ford would put it -- any landing you can walk away from ... 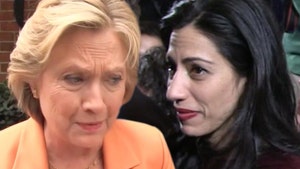